Quebec abortions at least 20% higher than reported by CIHI

I have good news and I have bad news.

The good news is that Quebec's abortion rates appear to be decreasing. The bad news is that what CIHI reports for Quebec abortions is under reported by at least 20%.

I did a freedom of information request of Quebec Health RAMQ. This is what I asked for:


1. The number of abortions done in a Canadian province, other than Quebec, reimbursed by RAMQ, as well as the total cost, for each of the last five years, broken down by hospital, by clinic, and by physician's office.

2. The number abortions done in Quebec, reimbursed by RAMQ, as well as the total cost, for each of the last five years, broken down by hospital, by clinic, and by physician's office.

3. The number abortions done in the United States, reimbursed by RAMQ, as well as the total cost, for each of the last five years.

Below are scans of what I received back. Sorry for the poor quality.

Here they are (and for this calculation I ignored the out of province abortions so the actual abortions are even higher than this):

For the abortions done out of province, I noticed something interesting. For those done under "Services professionels" (380 of them), the average cost was about $308. For those done under "Services hospitaliers" the average cost was about $1,580. It seems probable that these are late-term abortions because of the much higher cost.

Regarding abortions done if the US, I was told:


"Furthermore, we wish to inform you that we have not reimbursed any abortion performed in the US." [sic] 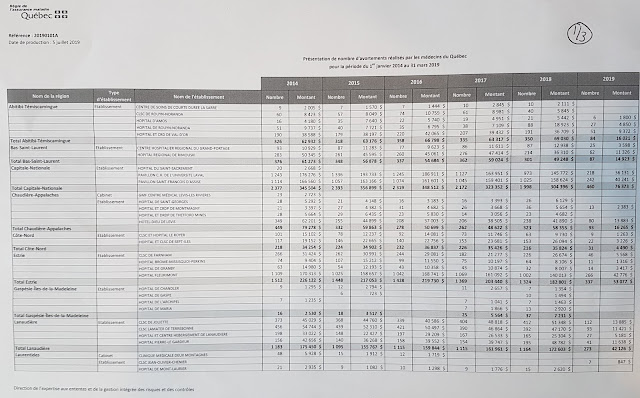 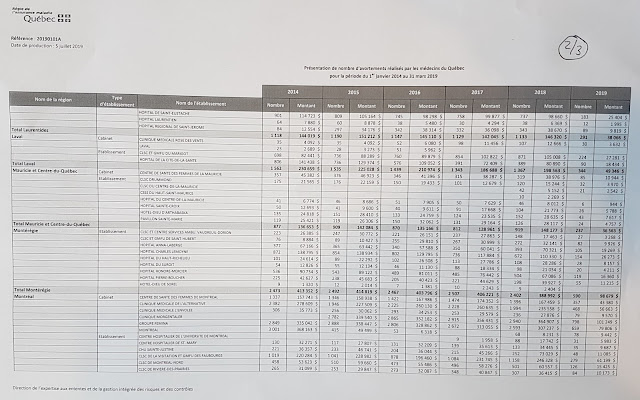 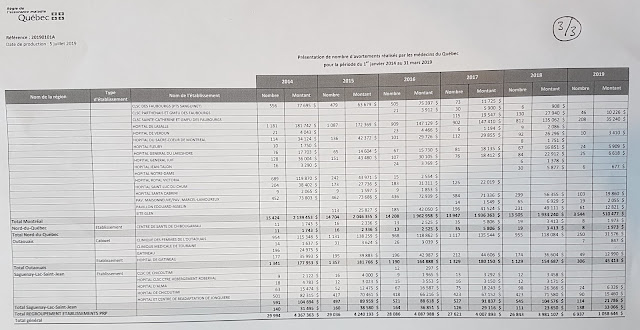 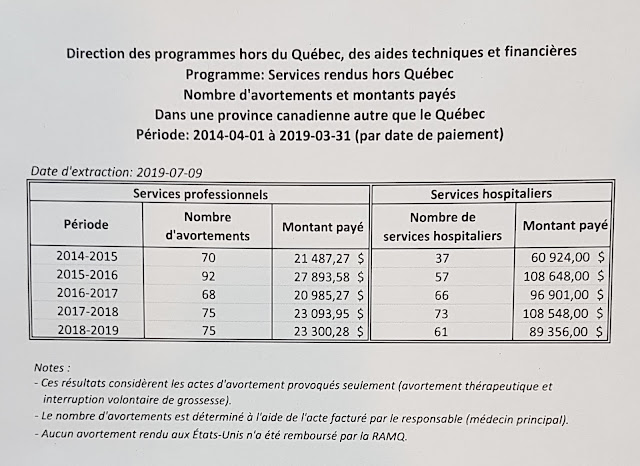 Posted by Patricia Maloney at 1:12 PM