The scandal of raking in tax dollars

(This was first published July 24 at the Interim)

Last year Joyce Arthur reported that pro-life groups had received $1.8 in funding for the Canada Summer jobs program over eight years. That's a pittance really, especially since it was over eight years.


Arthur and company then lobbied to stop this funding. This resulted in the Liberal's attestation clause, which meant anyone applying for the grant money would now have to support abortion. Part of Arthur's campaign, was a letter written and signed by 91 "reproductive choice" groups.

(This letter was initiated by Action Canada for Sexual Health and Rights.)

Here's what Arthur said about this funding to pro-life groups:


"The real scandal is not the new Canada Summer Jobs attestation requirement, but the fact that anti-choice groups have been raking in all this taxpayer cash for years." 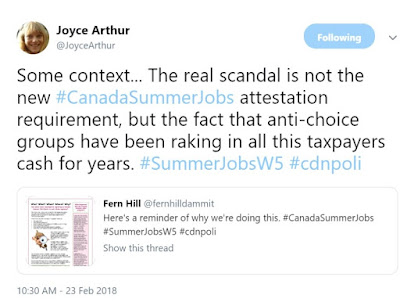 I say at least, because the two databases I searched are not up-to-date. The grants and contributions database is currently being updated for 2019 grants. There are also grants and contributions not in the database at all. The other database is CRA's charities database. I only extracted two years of this CRA data, since tax returns are always reported well after the fact, and I only extracted records since Justin Trudeau came to power in 2016. And these numbers do not even include the funding for the actual abortions. That's millions and millions of dollars more.

(There are other organizations who also support abortion and who also receive federal, provincial and municipal funding. That will be a project for a later date. This analysis only covers the signatories of this Open Letter.)

You will see that most of these organizations do benefit from the Canada Summer Jobs Program. Along with other federal funding, provincial funding, and municipal funding.

Pushing abortion is a very lucrative business. The money just pours out of our pockets into the pockets of the pro-abortions. 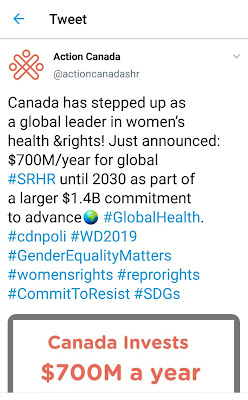 Pro-life groups receive no other federal funds, except for the Summer Jobs grants. And now we can't even receive that. 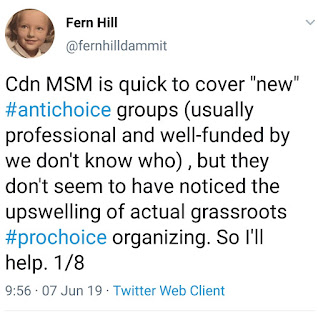