The latest abortion numbers from Ontario.

Wouldn't it be nice if one year we saw a big fat zero instead of over 40,000 abortions?

From the past previous three years which I had already published before:

I've published the codes before but here they are again.

S752 -  induced - by any surgical technique up to and including 14 weeks gestation
S785 -  induced - by any surgical technique after 14 weeks of gestation
A920 Medical management of early pregnancy - initial service
P001A Medical management of non-viable fetus or intra-uterine fetal demise between 14 and 20 weeks gestation
P054A selective fetal reduction of one or more fetuses by intracardiac potassium chloride injection
Posted by Patricia Maloney at 3:08 PM No comments:

The pro-abortions really hate graphic abortion pictures. They really really hate them. Why? Because when people see these pictures of what an abortion actually looks like, something kind of miraculous happens. People change their minds about abortion.

I finally read my latest newsletter from CCBR. In it were 21 testimonies from interns. The testimonies detail the hearts that were changed when the interns showed these pictures to people on the street. 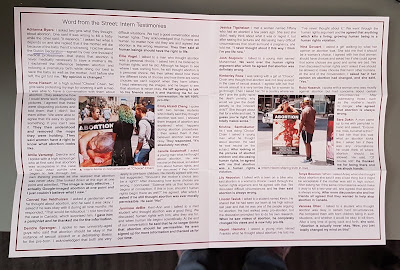 So next time you see one of these images on the street, you may also see someone who is having their mind (or heart) changed about abortion.

Good job guys and gals. You are amazing.
Posted by Patricia Maloney at 1:14 PM No comments:

Have you ever been lied to? I mean really really lied to? I have. Probably all of us have. And maybe some of us even do the lying.

Last night I dreamed I was with some people who were really really nice. I had spent some time with these people and was forming a relationship with them. Then I found out they were lying to me. They were actually terrorists. And they killed my partner. And I was captured and they wanted me to become a terrorist too. Or die.

It got me thinking about the times I've been lied to. How it felt to be betrayed. It doesn't feel very good.

Then I started thinking about some politicians who lie to us. Every day. Of course we usually know that they are lying to us. You can feel it. It's a different kind of lying than when the people close to us lie.

Then there are the people who lie about abortion. Some directly. Some indirectly. By not telling the full truth. Lies of omission. But the result is the same. They are still lies. People believe the lies and then they start spreading those lies.

Then there is the Catholic church, the one I belong to. Where some bishops have been lying. To cover up evil behaviour. To cover up abusing children and others. Trusts are broken. People are seriously traumatized and harmed.

So many lies. So many destroyed lives.

Speaking of terrorists. And lying. This week Canada's premier pro-abortion organization ARCC called prolifers terrorists. I am not kidding. 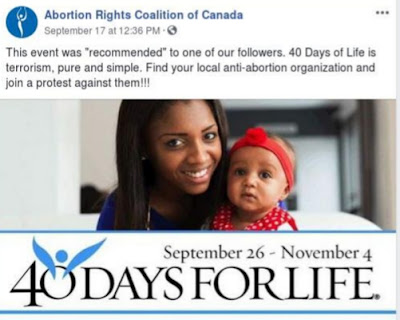 I watched two videos recently when I was at a cottage with two of my sisters.

One was called Hush about abortion, the other Fatal Flaws about euthanasia.

These two videos expose many of the lies of the abortion industry and the euthanasia industry. Both are well worth watching. 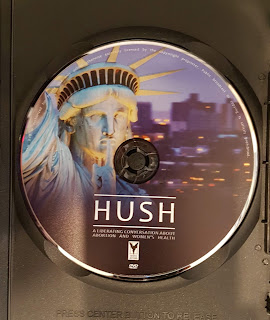 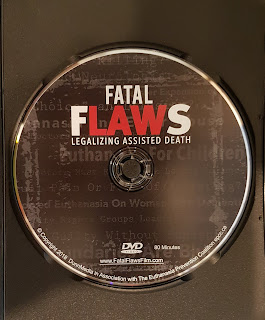 The world would be a much better place if people just stopped lying. That's all it would take to make a huge difference.

Satan likes it when we lie. It's good to remind ourselves of this sometimes. Me? I go to God to get relief from the lies. Not sure how I could handle the lies otherwise. I guess I'm lucky. How about you?
Posted by Patricia Maloney at 1:53 PM No comments: