Pro-abortion with an exclamation mark 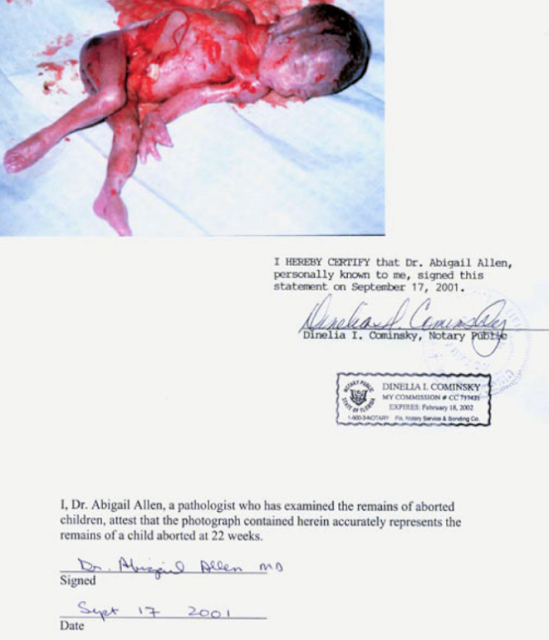 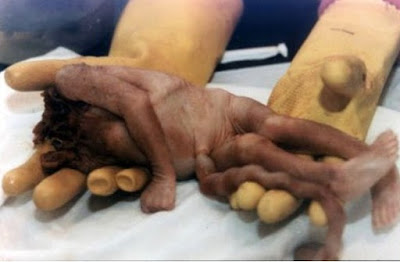 I have grown weary of the main stream media of late. There is so much leftist ideology in the MSM that it has become overwhelming. But I have discovered an amazing antidote to this pervasive dogma that floods the airwaves. It is listening to podcasts from really smart, interesting, super informative conservative and or religious commentators.

I have now installed Podcast Addict on my Android phone. My podcasts are now easily managed and I can even download them to my phone so I can listen to them in my car when I have no wifi. And I don't have to turn on the radio. Even better.

Yesterday I listened to a podcast from my friend Johnathon Van Maren who is now recording his podcasts for LifeSiteNews. These podcasts are absolutely amazing. In this episode he interviews long time pro-life advocate Dr. Monica Miller.

Dr. Miller's story is good for many reasons. But it was when she spoke about retrieving the bodies of thousands of aborted fetuses from abortion clinics, that I could feel my chest tighten. Dumpster diving. She rescued them and meticulously took pictures of them and stored them until she could provide them with proper burials. Instead of throwing them out with the garbage.

When we listen to Dr. Miller's pro-life advocacy story, it should be impossible for us to not pick up the pro-life torch and become pro-life activists ourselves. How can we not?

Dr. Miller spoke about the following two videos that will break your heart.

Showing the aborted fetuses on TV

And remember the exclamation mark. 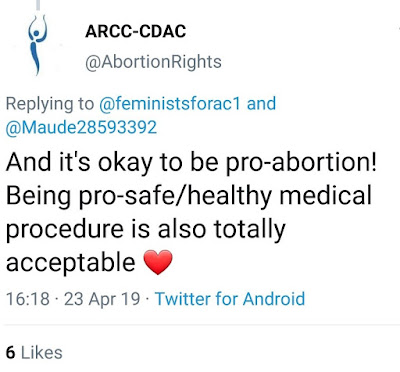 Posted by Patricia Maloney at 12:02 PM No comments: 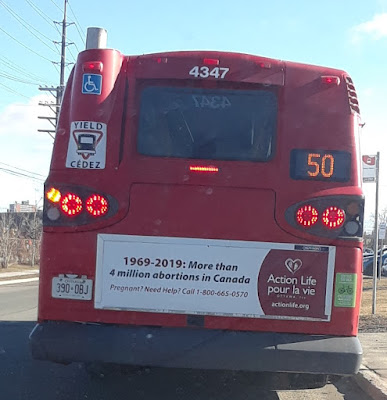 No surprise there. "Pro-choice" people hop on this band wagon all the time. They like to march to the drum beat of pro-abortion Joyce Arthur (her description not mine) who has a perpetual campaign to discredit anything and everything that is pro-life. 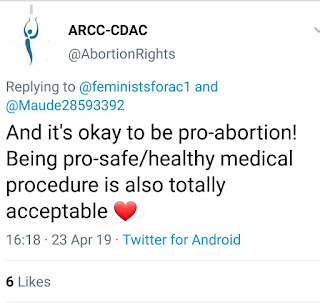 Lieper sounds fairly reasonable when he discusses his position, even though I don't agree with it.

1) But wait a minute. Lieper isn't actually complaining about the phone number. No No No. Lieper, and a few other councillors, don't like pro-life anything. This becomes immediately apparent when you read his written statement.

It sounds like something pro-abortion Joyce Arthur could write on the subject, and heaven knows the woman has written a lot on the subject.

2) In their statement the councillors go full monty into pro-abortion nonsense land.

There is no Charter "right to choose" abortion in Canada. This misinformation is declared three times in the statement.

3) They use the word "anti-choice" seven times in their statement. We are not anti-choice. We are "pro-life". Maybe we should start calling the "pro-choice" lobby "anti-life"?


"In May 2016, Vancouver researchers with a pro-choice coalition studied the purported counselling services offered by anti-choice groups and found that their tactics were misleading and often based on medically incorrect information. A 2010 Toronto Star investigation found many of the same issues. For example, it’s common for anti-choice groups to assert a link between abortion and breast cancer (“resources” related to which are available from Action Life’s website). As most Canadians will recognize, such claims are absurd and have been well-debunked by the medical establishment."

Not "misleading" or "incorrect" or "absurd" or "de-bunked" at all. Please read articles below for a full rebuttal to Joyce Arthur and her Abortion Rights Coalition 2016 report where her unproven allegations are dismantled piece by piece.

And they call us "perverse" and our ads "galling". Oh wow.

5) Final point. What is this mild mannered, fairly measured single concern about the accuracy of a phone number--that suddenly morphs into a full throttled manifesto against pro-life advocates and their freedom of speech rights? What exactly is Lieper and Mckenny's hidden agenda anyway?

What it's not about, is the telephone number.

Action Life Ottawa is an educational pro-life organization founded in 1971. We have never presented ourselves as a pregnancy support centre. For this very reason, we do not direct individuals who need pregnancy support to our office number – instead we direct them to a number that can address those needs.  The helpline number shown in our advertisement is one that we have used for many years in various materials and advertisements. This national helpline number originates from the Crisis Pregnancy Centre of Winnipeg and is answered 24 hours a day.

Action Life wants to inform women that pregnancy support exists in Canada. We believe that women have a right to this information. And we direct them where to find it.

Our website provides a listing of local help agencies as well as the national helpline number.

Our advertisement is neither misleading nor inaccurate.  It does not contravene any law or advertising standards. Help is available at the number shown in our advertisement.

We have used this helpline number in three previous OC Transpo bus campaigns beginning in 2016. The first campaign drew some media attention including Evan Solomon’s program.

The same helpline number was listed on a sidewalk kiosk advertisement on Bank street from 1994 to 2007 for a full twelve months of every year.

Any woman who feels vulnerable under any circumstance should know there is help available. Members of city council should support the right of all women to have access to every support system available to them.

So members of city council should fully support the right of women to have access to this helpline number rather than attempting to have our advertisements removed from OC Transpo buses.

I knew that I had recognized the abortion doctor in the movie Unplanned. So I looked up the cast, found his name and googled him. Lo and behold he is the ex-abortion doctor Dr. Anthony Levatino.

Here Dr. Levatino testifies about what a second trimester abortion looks like. It's pretty gruesome stuff. Of course this horrifying description or tearing a baby apart in utero is part and parcel of a "woman's right to choose".

This is what the pro-abortions fight tooth and nail to protect. To celebrate. To cheer. To honour. This is what "pro-choice" means.

Posted by Patricia Maloney at 4:50 PM No comments:

Last evening I had the good fortune to attend the only showing in Canada of the movie Unplanned. This is the story of Abby Johnson who went from being "pro-choice" and working for Planned Parenthood, to being pro-life and working full time in pro-life.

Four pro-life MP's were there, Michael Barrett, Brad Trost, Arnold Viersen, and Harold Albrech (yes we still have pro-life MPs, a tough job in the pro-abortion political sphere that is Canada).

Also there was Laura Klassen from Choice4Two, and Christina Lee Fast, whose video My Life Is Worth Living about the plight of Canadians with Down Syndrome went viral this past year.

And last but not least was the actress who played Abby Johnson, Ashley Bratcher, and producer Joe Knopp were both there and spoke to us.

This is what I learned.

1) I learned that Planned Parenthood really really really doesn't want you to see this movie. It might just change your mind on abortion. This is what they said about the movie:

"The claims in this film are simply false. Planned Parenthood is proud to provide expert, high-quality health care to our patients, including safe and legal abortion, in a safe and compassionate environment. The movie promotes many falsehoods including most importantly, distortions and incorrect depictions about healthcare."

As I said. Planned Parenthood really really really doesn't want you to see this movie. Oh, they also lost their case against Abby Johnson.

2) I learned that Johnson had her ah ha moment when she witnessed (with the help of the ultrasound) a preborn child being ripped apart during an abortion. Planned Parenthood really really really doesn't want you to see this either. Oh my goodness, no they don't.

4) I realized that because babies are saved when people pray outside abortion clinics, we know that even when a bubble zone is enacted, people will still pray. Like Fr. Tony Van Hee and others who continue to pray outside the Morgentaler killing site, albeit outside the bubble zone. What does that mean? Babies are being saved then too.

5) I realized that those prayers do even more than save the babies. They save people. You see Abby Johnson had a pro-life husband and pro-life parents. What do you think they were doing all those years that Johnson worked at Planned Parenthood? They were praying for her to quit and become pro-life. And it worked.

6) I learned that we need to send an email to guestservices@cineplex.com and ask them to distribute this movie in Canada. I will be doing that.

7) And the best thing I learned last night? The pro-life movement is not dead in Canada. We are alive and kicking and full of smart and energetic young people. Even the rest of us were invigorated by this movie. And did I mention? The pro-aborts really really really don't want Unplanned shown in Canada. 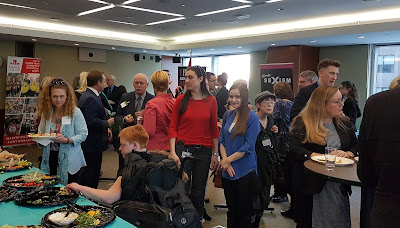 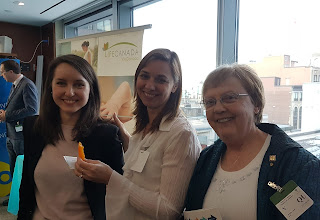 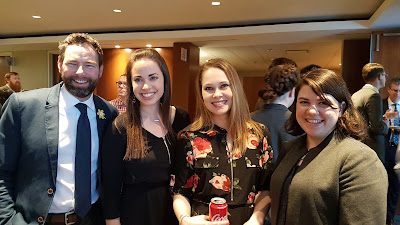 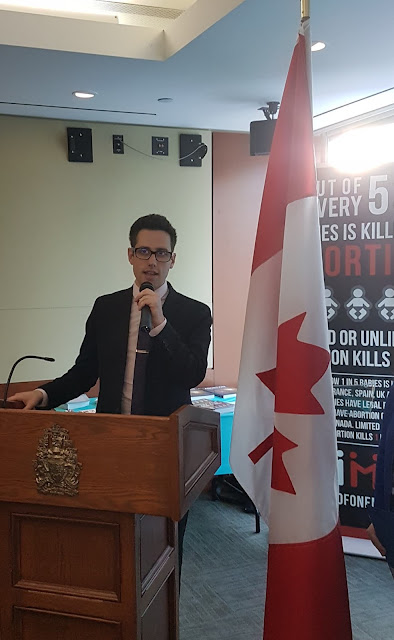 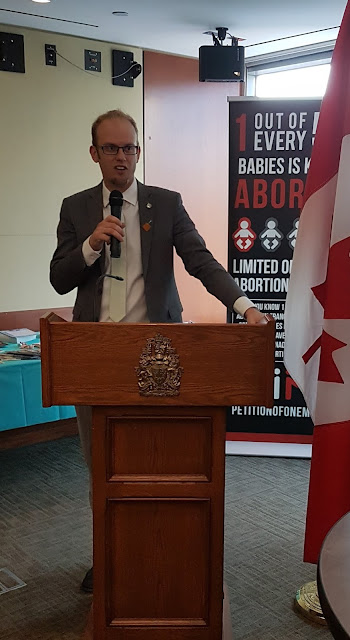 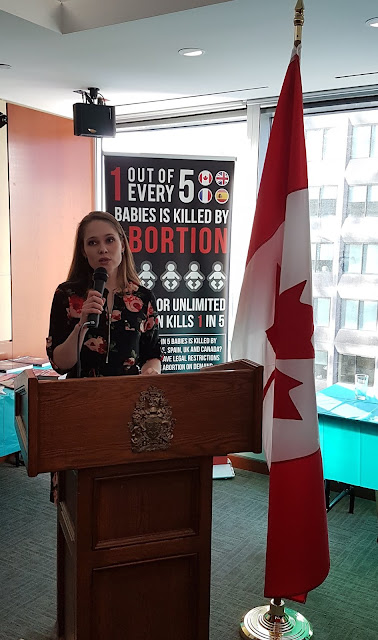 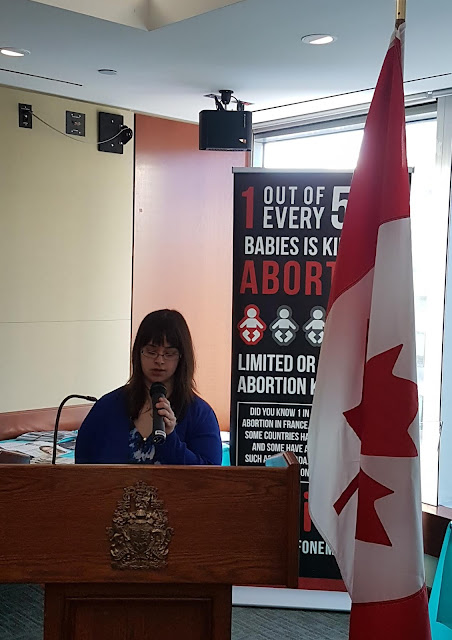 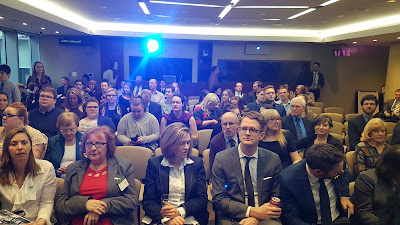 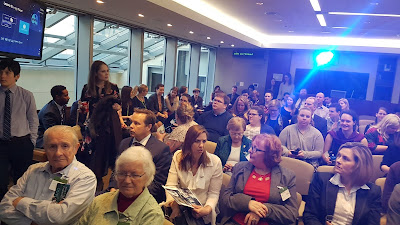 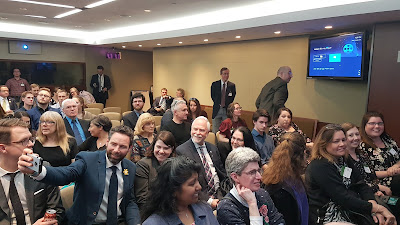 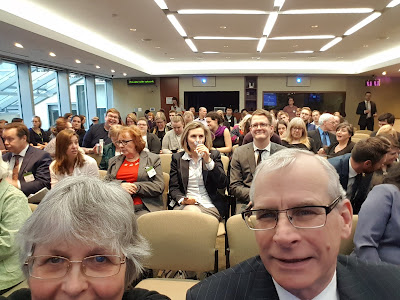 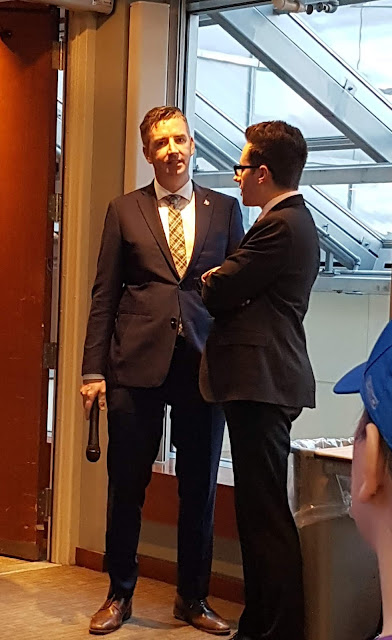 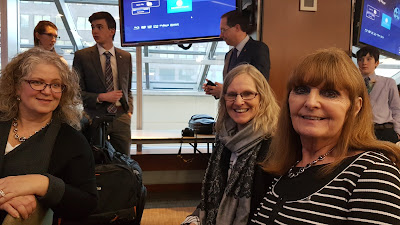 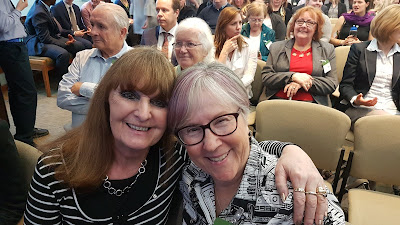 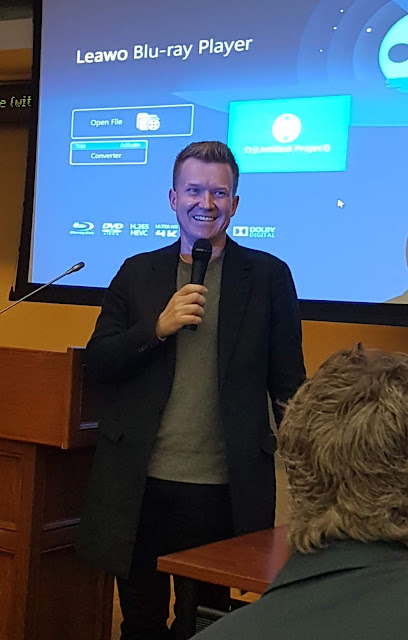 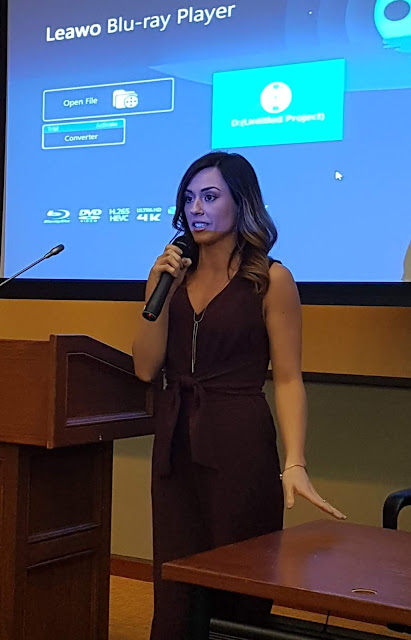 Posted by Patricia Maloney at 2:05 PM No comments: