How do pro-choice people actually see the unborn child?

The only TV I watch anymore is Netflix. And in particular, I watch crime dramas, especially British ones. Currently I am watching Dicte from Denmark.

Dicte is a crime reporter. The show is excellent, although the third season has a bit too much personal angst in it for my liking, and not enough crime drama. Anyway...

The other night we watched episode six of the third season. In it Dicte's daughter Rose discovers she is pregnant. Rose has a conversation with her mother and tells her that she will have an abortion She thinks she is four weeks pregnant. But she has misgivings and says to her mother:

"I can't help wondering if I'm carrying a great person."

"Yes but you know what? Don't think of it as a person right now. But rather as a little frog."

Obviously I have a problem with that frog comment. It is a pro-abortion thing to say about a young fetus. But typical of some who deny the humanity of the unborn.


Anyway, when Rose goes for an ultrasound, she finds out that she is in fact 18 weeks pregnant. Anne (midwife and friend to Dicte and Rose) does the ultrasound. 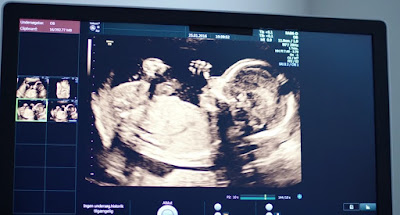 Ann explains (that in Denmark) you can't have an abortion after 12 weeks, unless the mother or her baby (and notice Anne does call the fetus a "baby") has a condition of some sort.

So Rose has to keep her baby because it is now too late to abort. Anne says that it is "fantastic". A subsequent scene has Rose telling her parents that she is 4 and 1/2 months pregnant; she shows them the ultrasound pics; and everyone is joyous. 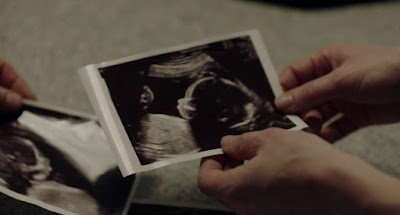 From wanting to abort, to being happy about the baby. Because the unborn child had reached the point of looking like a baby and not a "frog"?

This surprised me, since pro-life people already believe the unborn child is a human being at conception. But in this case when the child was only four weeks along, abortion is fine. Rose is willing and wants to have an abortion. But as soon as she (and everyone else) realizes that legally she can't have the abortion anymore, every one's attitude changes to happiness--they see the humanity of the child in her pictures (and remember before this it was like a frog). Is it the fact that the child looks human, that everyone accepts the child, or is it because Rose can no longer abort her child because it's too late, and that choice is gone?

Regardless, what if Canada did the same thing? What if Parliament decided that abortion would be illegal after 12 weeks? If a socialist country like Denmark can have a restrictions on abortion, why can't we?
Posted by Patricia Maloney at 11:40 AM