You’d think the Globe and Mail would have more important things to write about than "wooly wombs." Like maybe the democracy crisis looming in Ontario with the government’s decision to perform all abortions in secret and the hiding of all abortion statistics.

But no. The Globe hasn’t covered that story yet. I guess they aren't interested in those kinds of news stories.

Instead they prefer to haul out that tired old outdated hobby horse about how some women won’t tolerate "any changes to women’s reproductive rights." 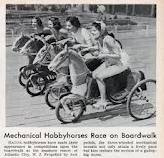 And how some of said women want to bring attention to that so-called, really boring actually, tired, should-be-put-down-hobby-horse, straight out of make believe land, you guessed it, the "right of a woman to have control over her own body."

Yawn. Is there something on the other channel?

But what these women really mean, but just can’t bring themselves to say because it is oh, so politically incorrect--is that what they really want is to have the right to have control over somebody’s else's body.

You see, in MP Stephen Woodworth’s motion M-312, Mr. Woodworth wants to have a discussion to study "Canada's 400 Year Old Definition of Human Being".

Sounds like a conversation worth having if you ask me even though I’m quite sure they won’t ask me but you get my drift.

Instead of giving us some really good arguments why we shouldn’t have this discussion in a democracy like Canada where we are used to having debates on most topics, present topic excluded, they knit wooly wombs.

And get this. They are going to send them to Parliament. Yes they are. I kid you not. That will change the course of history. No need for a good argument when a wooly womb will do.

I need to go now. I need to take a nap.
Posted by Patricia Maloney at 6:11 PM