In October of 2018 3 judges unanimously ruled against the City of Hamilton’s decision to remove bus shelter images sponsored by CHP Hamilton Mountain which posed a question about a live public policy. 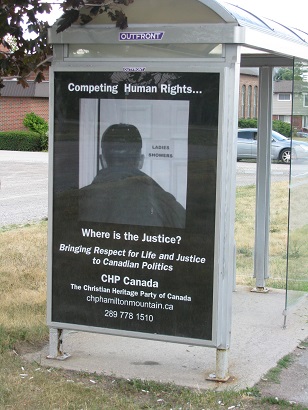 Within their ruling they wrote:


[39]     The right to free speech has been recognized as a fundamental ingredient to the proper functioning of democracy for hundreds of years.  As a consequence, it has been protected by constitutions, laws, and courts across numerous jurisdictions.  Conversely, a lack of free speech is a common attribute of dictatorships and tyrannical regimes.
and

[53]      The decision being made in this instance is not one that is trifling, ephemeral or marginal in importance.  Instead, it is a decision of profound significance in so far as it balances rights of a registered political party to engage in political speech as against the rights of a group of people to be free from purported discriminatory speech.
We at CHP Canada give all the glory to God for delivering such a powerful victory.
Now our ‘Free Speech Matters’ campaign is underway for May on Hamilton Mountain.
The bus shelter ads are up: 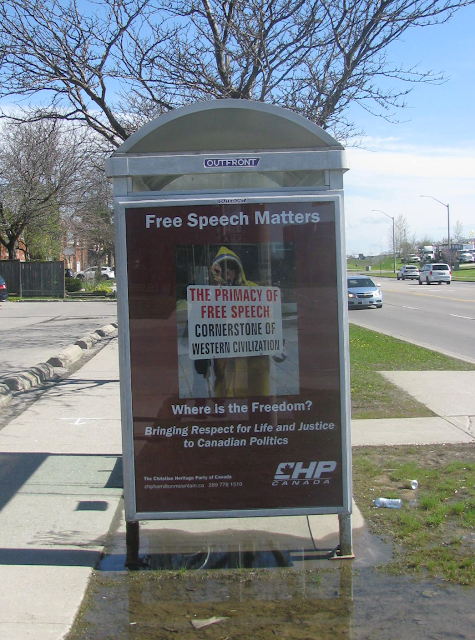 And the flyers are being delivered! 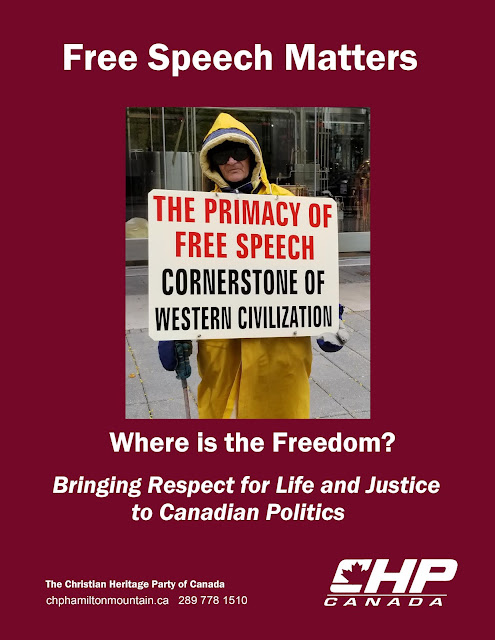 Please join us by writing a letter to your editor about the importance of free speech. 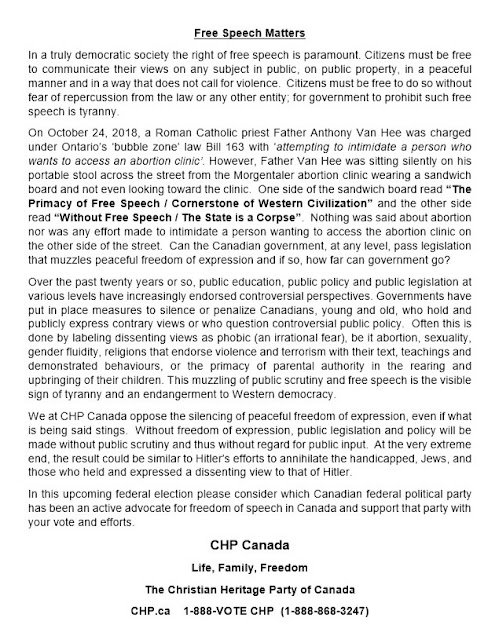 Posted by Patricia Maloney at 1:30 PM