Open letter to ARCC from a crisis pregnancy centre (Part 2)

Back on May 1, ARCC wrote this on their Facebook page about Valley Care Pregnancy Centre:

"We are very disturbed that Scotsburn Milk, Saputo, and Avery's Farm Markets are raising money for the Valley Care Pregnancy Centre. Valley Care, according to its website, does not provide abortion referrals despite saying that they provide "abortion education." Their website also has a disclaimer that reads: "This information is intended for general educational purposes only and should not be relied upon as a substitute for professional medical advice."

Not only do Pregnancy Crisis Centres operate under anti-choice missions, they provide misinformation and seek to persuade or bully people who want to access an abortion. LOV-ED is an abstinence only education program." 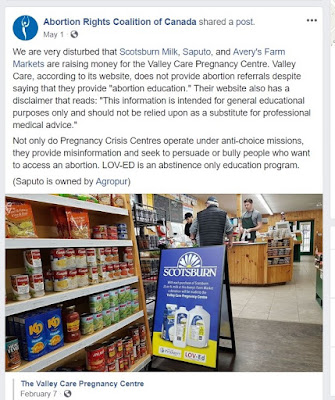 ARCC was "very disturbed" that this CPC was receiving funding from businesses. Doesn't that seem kind of strange to you? It does to me. What business is it of ARCC to care about what a business does, or doesn't do with its money?


"Not only do Pregnancy Crisis Centres operate under anti-choice missions, they provide misinformation and seek to persuade or bully people who want to access an abortion."

None of these allegations are true or factual as I have written at length before.

But why should CPCs refer for abortions? If CPCs are against abortions why would they refer women to have them? Wouldn't that be unethical? And women in Canada don't even need a referral to have an abortion in the first place. So no referral is necessary.

In response to ARCC's own misinformation and bullying, Valley Care Pregnancy Centre wrote ARCC a letter on their Facebook page. What they wrote was humble, loving and truthful:


"We are deeply saddened and distressed by the misunderstanding your organization displays concerning who we are and what we do as a pregnancy centre in Canada. We are simply convinced of the sanctity of human life from conception to natural death because all humanity is made in the image of God. Therefore, we seek to inform people of the wonders of life including fetal development and the risks of abortion while making strong, loving and tangible support available for those feeling the pressure of friends, family or finances to end the life God has created within them."

ARCC apparently has a policy where they won't debate abortion. Why? Because the "choice" to kill pre-born children isn't up for debate in Arthur's world.


"We do not believe that abortion access and choice is a debate. We are not here to argue with anyone about that. Our job is to ensure that people have access to facts. While we have a policy against engaging with anti-abortion debate on our Facebook page, we felt it was necessary to respond to an Open Letter posted as a comment by the Valley Centre Crisis Pregnancy Centre in Nova Scotia."

ARCC goes on with their usual abortion propaganda. You can read it. Or not. Your choice.


Since most abortions in Canada occur between 9-12 weeks (with about 10% done after 12 weeks, according to your publications), why do you only display the outside of the fetal sac of a 6-week embryo, but do not show the development inside the 6-week fetal sac; and why do you not show any other fetal images between 7-12 weeks or beyond?

The women we have been honoured to work with have told us they didn’t like to see images of human development between 7-12 weeks and beyond because they were trying to deny that reality. They told us that if they had been given a safe, loving environment to share their story and receive complete information about what was going on inside them, they may have made a different decision, and would not have to live with the regret they now carry.

Therefore, we encourage you to add images to your media list of fetal development, inside the fetal sac, for weeks 6, 7, 8, 9, 10, 11 and 12 so that women can make an informed health decision based on how far along their pregnancy has progressed. (www.EHD.org has amazing images and video.)


"Abortion clinics have fetal development photos available if patients want to see them, and they can be easily found online too. We are a political group that protects abortion rights, and there is no reason for us to host fetal development photos – especially on our “stock photo” page, the point of which is to stop media from using pictures of fetuses and pregnant bellies. Reproductive rights are not about fetuses. Reproductive rights are about the rights and circumstances of women and transgender people. We are opposed to the type of visual misinformation that CPCs are notorious for disseminating without proper context. People will always have abortions and misinforming them or making them feel guilty will not change that."

ARCC won't show fetal pictures on their website because that could dissuade a woman from having an abortion if she sees what the child looks like, since a fetus looks like a child. It might change her mind about abortion.

Here are the pictures of fetal development that ARCC won't show. 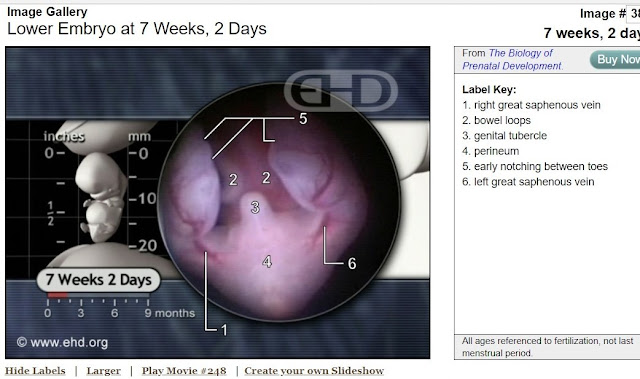 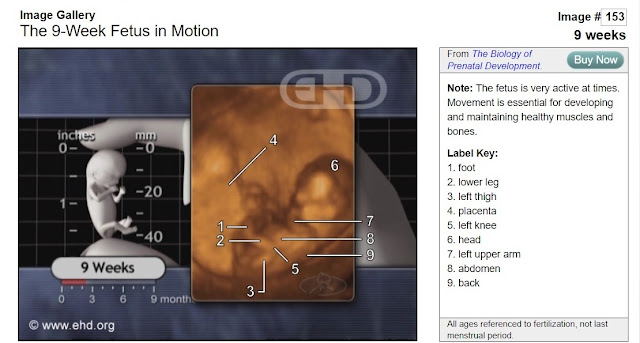 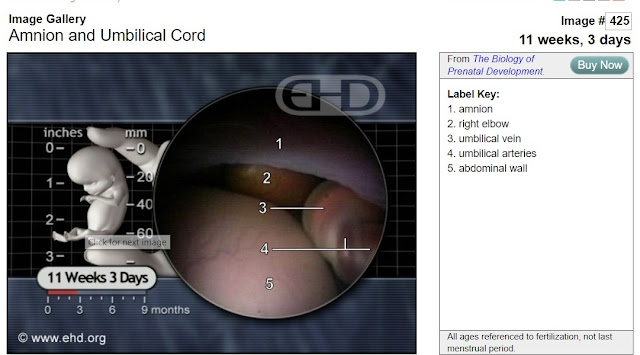 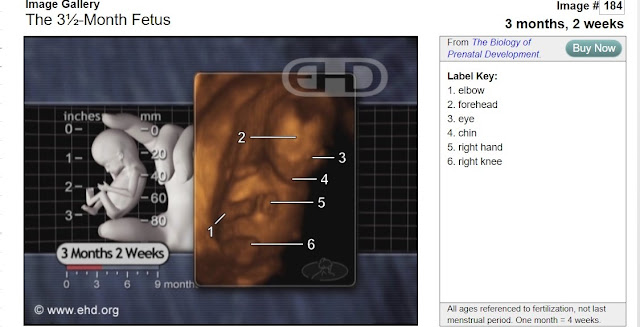 Posted by Patricia Maloney at 1:49 PM