Here are my remarks at the Ontario Legislature today. 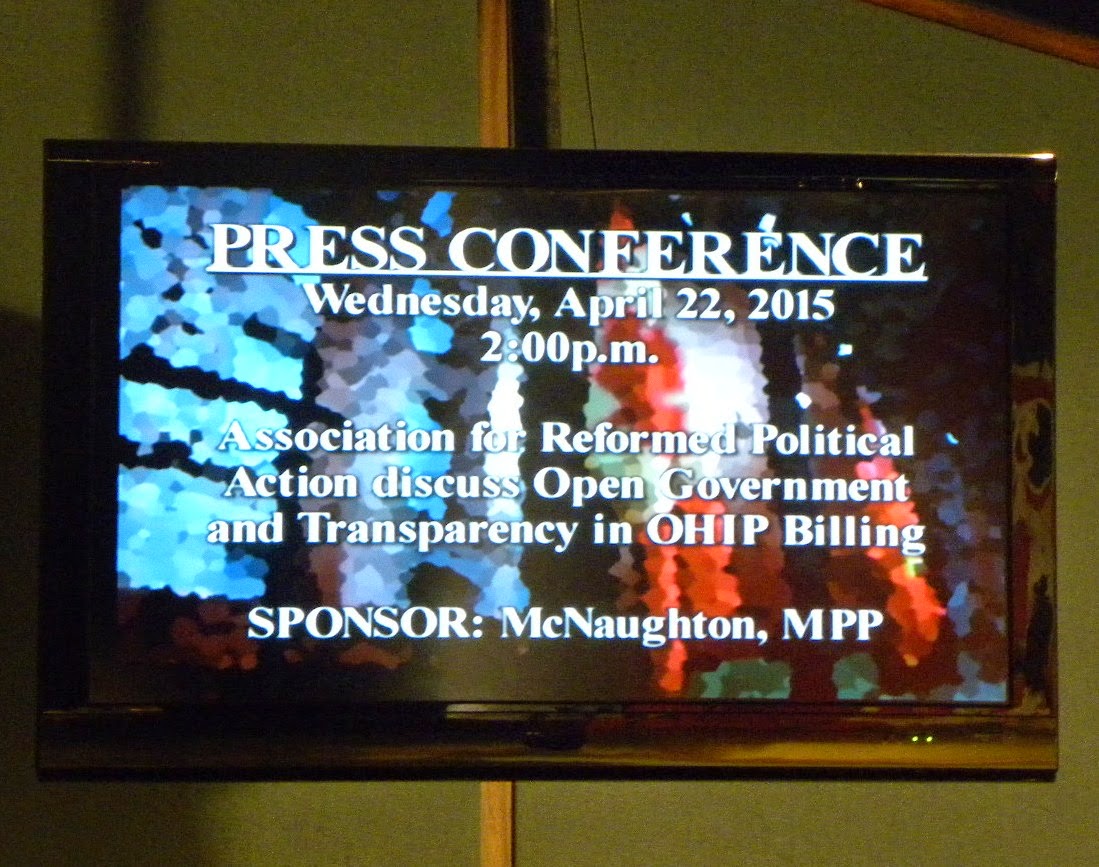 Everyone agrees that transparency and accountability are required from government.

Politicians accept this. The public demands it.

But we have a government right here in Ontario, that has acted to hide information, while saying the opposite.

And they did this in a bill, whose title ironically, was about this very topic: accountability.

The bill was called the Broader Public Sector Accountability Act. It changed the rules by excluding all information regarding one particular, controversial, tax-payer funded medical procedure from the Freedom of Information and Protection of Privacy Act or FIPPA.

You see, I am a pro-life blogger. My blog is called Run with Life. One of the things I do is comment on the abortion situation in Ontario. In order to do that effectively, I need access to accurate information regarding abortions that are performed in Ontario. In the past I have been able to get this information by submitting freedom of information requests to the Ontario Ministry of Health.

I then write about what I receive. And I comment on it.

For example, I found out through these requests of OHIP billing records, that there were over 44,000 abortions performed in Ontario in 2010. That's about 45% more than reported by the Canadian Institute of Health information. Now that this law is in place, I can no longer obtain these numbers for Ontario.

That's because all abortion information is now excluded from FIPPA: Abortion numbers. Abortion complications. Abortion costs to the taxpayer. The demographic statistics of women who have abortions: their age, how many abortions they have, and the gestational age of the fetus at termination. Anything and everything about abortion is now being hidden by the Ontario government.

Throughout the entire process, the government of Ontario opposed me and opposed my challenge. One month before our day in court, and after my lawyer had filed all of our written legal documents, the government gave me the chart I requested--outside of FIPPA--and then took the position that my case was moot and should not be heard. They did this after I incurred $30,000 in legal fees and after opposing me for 2 and a half years.

We can't let the government of Ontario continue to hide information that Ontarians and all Canadians have a right to access...

It's anti-democratic. It's unethical. And it's just plain wrong.

What this also means is that not only the public, but the media as well, can't get abortion information through access requests. Freedom of the press is severely curtailed.

And these changes happened in secret. There is no recorded debate in Hansard of the change to FIPPA. No debate in the Ontario legislature; no discussion in committee hearings. It was snuck into law, with no explanation.

In fact, after I discovered the change, I tried repeatedly to get Kathleen Wynne or her Health Minister, or my local MPP to tell me why they did this. They were unable, or unwilling, to give me a reason.

I think we can all agree, that regardless of our own views on this very controversial topic, hiding any and all information, about a publicly funded medical procedure hinders the public’s ability to hold the government to account and sets a dangerous precedent.

This is why, together with ARPA Canada, we have launched this legal challenge. We argue that the government’s decision to exclude generic abortion information from FIPPA is unconstitutional. 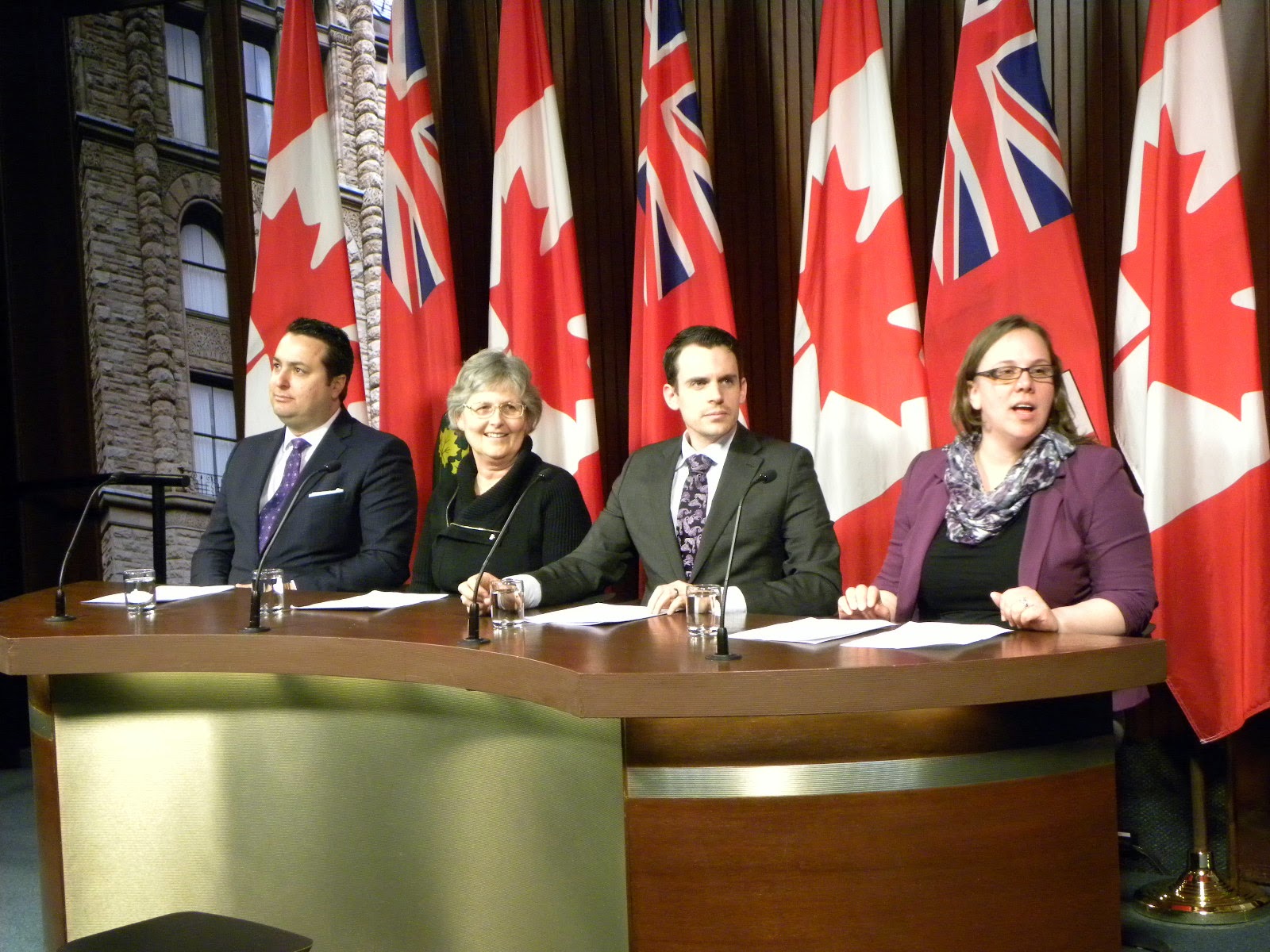 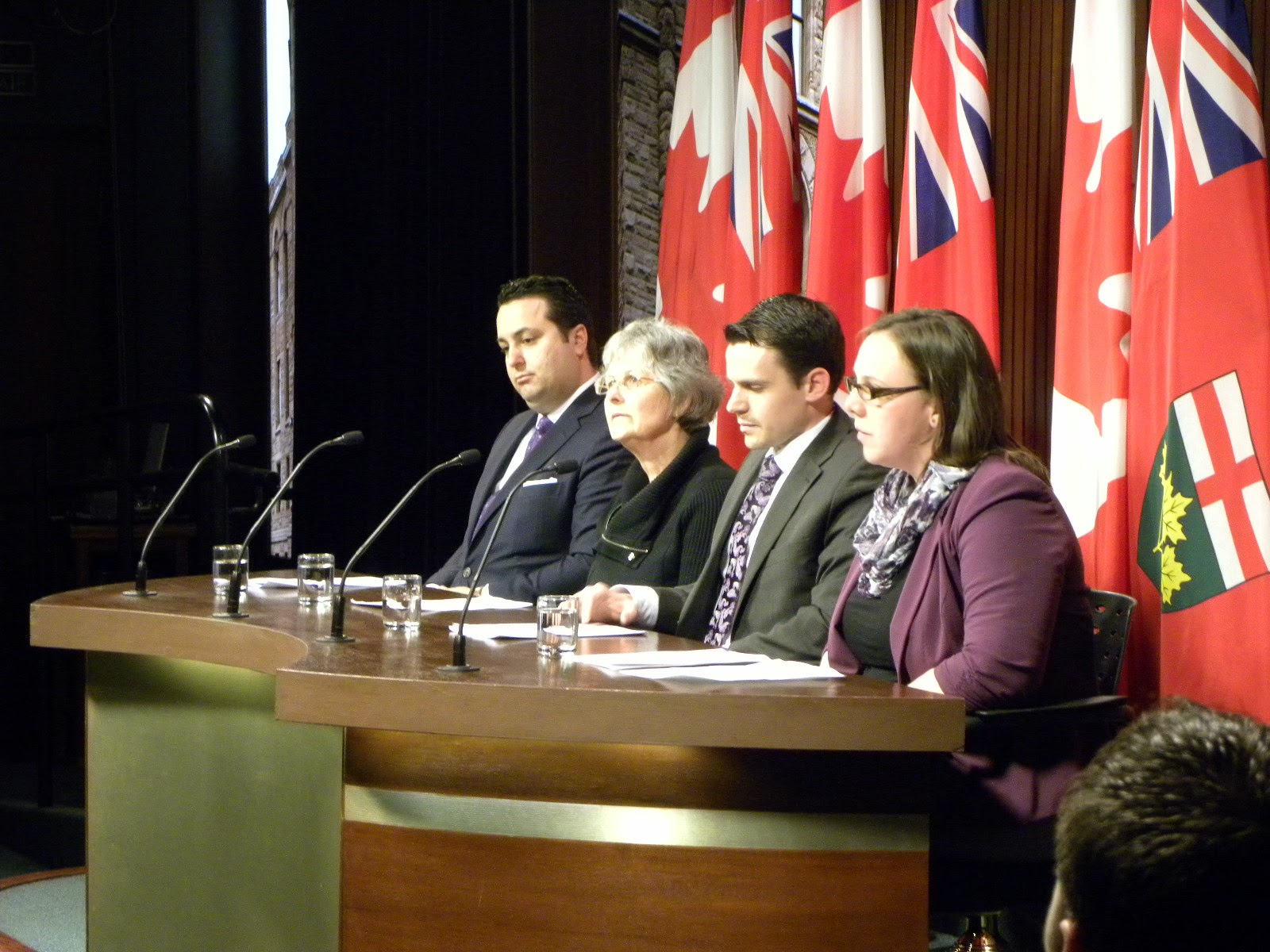 Posted by Patricia Maloney at 4:30 PM