Despite assurances by the Federal government that no Canadian money given to IPPF would go towards abortion, my latest ATIP to CIDA/DFATD revealed that IPPF is buying "emergency contraception" (34,000 units of the Abbot drug Postinor -2 (Levonorgestrel)). They are also providing "safe abortion care" in Afghanistan.

As we know, "emergency contraception" is taken after sexual intercourse for the purpose of "preventing" pregnancy, but it functions as an abortifacient if fertilization has already occurred (it prevents implantation of the embryo, thus destroying the life of the newly conceived human being.)

In fact, according to this medical leaflet, Postinor-2 is only used as emergency contraception:


"Postinor-2 is an emergency contraceptive only. Postinor-2 is not intended as a regular method of contraception. It is used to prevent pregnancy when taken within 72 hours of unprotected intercourse. It is estimated that Postinor-2 will prevent 85% of expected pregnancies. 95% of expected pregnancies will be prevented if taken within the first 24 hours, declining to 58% if taken between 48 hours and 72 hours after unprotected intercourse."

Why is AFGA providing abortion care, when we aren't even supposed to be funding abortion services in these countries?

This is what the Population Research Institute says about the legality of abortion, and emergency contraception in Afghanistan:


"The current Afghanistan abortion law mandates a seven-year prison term and a monetary fine for each abortion performed. The only exception requires the written opinion of physicians, and a judicial review. According to strict and clear guidelines promulgated by the Ministry of Justice, this same law would apply to anyone who has prescribed “morning-after pills” or “emergency contraception” in Afghanistan, or even to anyone carrying these devices in the country."

IPPF states in their annual report that this funding is directed towards:


"women, girls, men and boys who need access to reproductive health services and information. Clients reached throughout this project are female, male, young and old, couples and families in five countries (Afghanistan, Bangladesh, Mali, Sudan and Tanzania). The project prioritizes vulnerable individuals and groups, and also young people, especially young women. Seventy per cent of all the clients served through the project are poor, marginalized, socially excluded and/or underserved, while 33% of all clients are young people, aged between 15-25 years."

Are these poor, marginalized and vulnerable young women, even told what emergency contraceptive is? That it doesn't necessarily prevent conception--i.e. that if fertilization (conception) has occurred, it destroys that newly conceived life by preventing implantation. In other words, are these poor, marginalized and vulnerable clients giving their informed consent?

By all accounts, this is a pretty clear indication to me, that we are providing abortion services in Afghanistan. Abortion services that are specifically excluded from the terms and conditions of the $6 million dollar grant we gave to IPPF.

This should cause us grave concern. 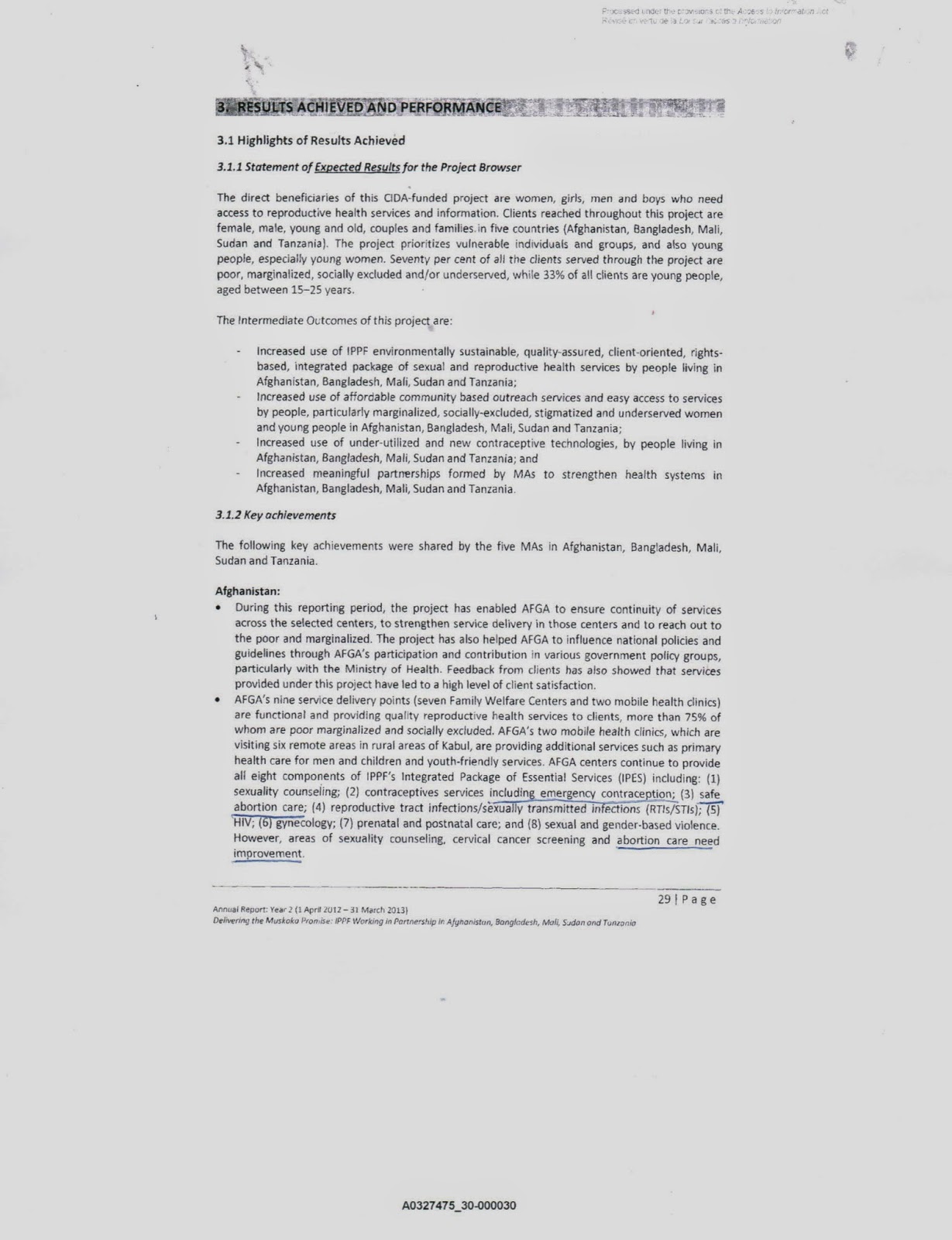 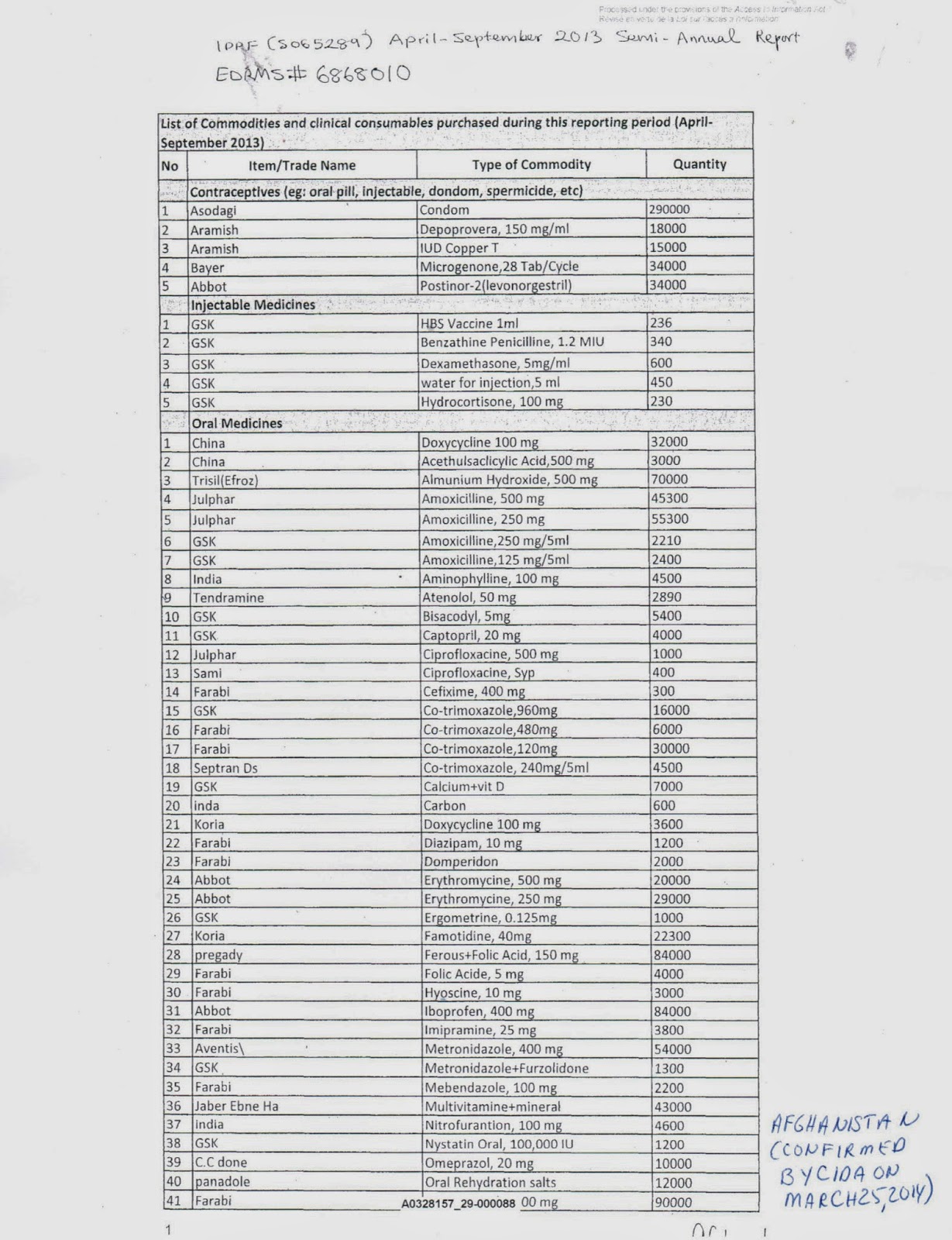 Posted by Patricia Maloney at 4:29 PM