The never ending story of abortion statistics in Canada

See above link for my notes from CIHI and MOHLTC. 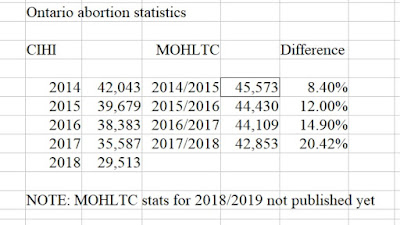 Posted by Patricia Maloney at 4:58 PM