What does the Ontario NDP party REALLY stand for?

I sent the email below to the NDP candidate in my riding Lyra Evans, along with NDP leader Andrea Horwath.

I noticed that one of the anarchists who blocked our March for life was carrying an NDP election sign for Lyra Evans. The sign is clearly visible in the video below.

The stated intention of these counter protesters--many of them cowardly covering their faces--was in fact to "End the March for Life". They carried a banner stating this at the front of their sorry bunch.

In fact, if I'm not mistaken, in the picture in this article by Jonathon Van Maren on the March, it looks like NDP candidate Lyra Evans is actually holding that anti-democracy sign. That also contains a hammer and sickle. 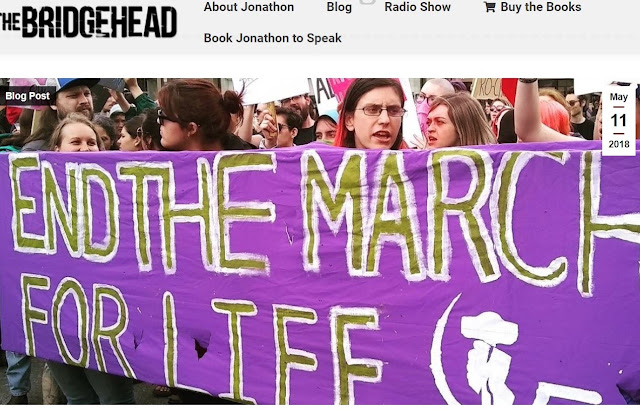 From the Ottawa Citizen 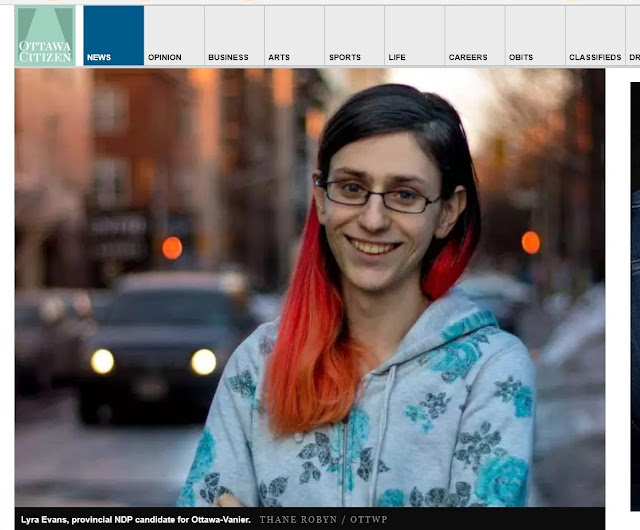 As Jonathon writes on what the hammer and sickle actually represents is pretty scary:

"The Soviet Union wracked up a death toll of over twenty million, with nearly two million people perishing in the gulags and nearly a million being summarily executed in the first years of Stalin’s rule. Mao’s Red China took it even further, with an estimated 45 million Chinese perishing during the Great Leap Forward—which was actually fewer dead bodies than Mao had been anticipating. He originally thought that 52 million peasants would have to die in order for Communism to be sufficiently implemented. The flag that flapped over these staggering death counts was the Hammer and Sickle, a flag now proudly waved by those purporting to protest totalitarianism."

Is this what Andrea Horwath and her party stand for? A ban on free speech rights, freedom of assembly rights for pro-life people--and maybe even worse? I hope not.

I live in Ottawa Vanier.

I noticed at the March for Life there was a counter protester with one of your election signs. This group's purpose is to end the March for Life, a legal, peaceful protest done against abortion in Ottawa every year.

This group illegally stopped our March from continuing.

Can you please tell me if you support freedom of speech rights, and freedom of assembly rights for all citizens including pro-life people?