Today was the first day of the new bubble zone legislation. Pro-life people are now banned from exercising their freedom of expression rights to protest abortion within 50 metres of any abortion facility in Ontario.

We already know that there is no need for a bubble zone. My FOI on police reports at 65 Bank Street revealed no assaults where a charge was laid.

Here is the line we cannot cross. 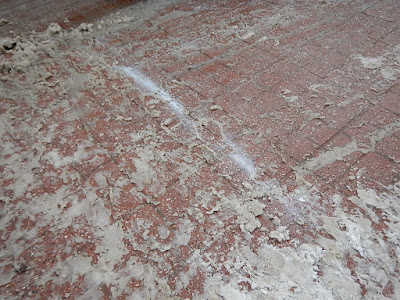 Here's the sign that delimits the area. Do not protest on the wrong side of this sign unless you want a fine and or go to jail. 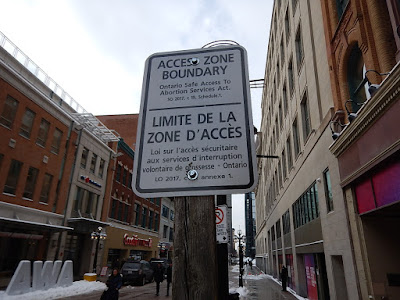 About 17 metres away at the corner of Sparks St. and Bank were the "pro-choice" protesters. 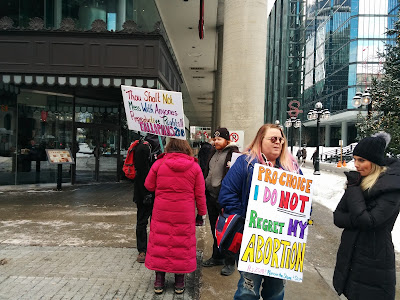 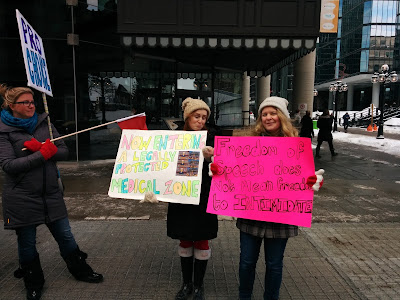 I think this is called a double standard.

This double standard is because in the Ontario government's paternalistic approach to pro-lifers. They must ensure that at all times our Charter rights are denied at every possible moment, and at any possible place they deem appropriate.

Paul Lauzon got some great pictures and footage of this continued campaign of discrimination against pro-life people.

Here is Maureen Ward's playlist of four short videos. Included in this list is a short video of the "pro-choice" people exercising their freedom of expression rights, the same rights we are not allowed to express.

Posted by Patricia Maloney at 6:02 PM