We know that the $6 million DFATD gave IPPF for the Maternal, newborn and child health initiative wasn't to be used for abortion or menstrual regulation services.

We also know Canadians are forced to simply take IPPF's word that this money is not being used for abortion or menstrual regulation services. See here and here. That's because IPPF says they aren't using the funding for abortion services, but there is no third party corroboration of this fact.

My latest ATIP to DFATD has again raised the MR question. This time the evidence is even more questionable.

On June 9, 2014, IPPF sent a report to DFATD detailing the services it provided in the five countries. Under the heading GYNECOLOGY - MANAGEMENT - MEDICAL, was the following line item:

It seems that DFATD asked to IPPF to clarify this. There were a few emails from IPPF on this, and finally we get IPPF's conclusion of their investigation.

Per [name blacked out] previous email, attached I am sending you a revised table (originally submitted on 9 June 2014) showing the breakdown of 2013 gynaecological service data. With this email, I re-confirm that all the services that have been previously reported have been undertaken with funding from the DFATD project. The only revision has been that the services previously reported as `Menstrual Regulation' are now reported under `Erratic Regulation'. (emphasis added)

After consulting back with each of the MAs that had initially reported services under `Menstrual Regulation' we found that these have been miscategorised and no menstrual regulation services had in fact been offered. The MAs in Afghanistan and Sudan, who had originally reported' menstrual regulation services in 2013, had actually provided `Erratic regulation' (i.e. of menstruation) services. The IPPF service statistics module definition for the `Erratic regulation' service is: `A trained service provider provides management for menstrual irregularities such as heavy or painful periods with medication (such as oestrogens) when this is not contraindicated, for clients experiencing abnormally heavy or irregular periods, in a space which allows confidentiality.'  (emphasis added)

These services have now been correctly re-categorised. There are therefore no menstrual regulation services recorded for any of the 5 MAs in the DFATD project and the revised table with the breakdown of 2013's gynaecological services now displays the correct category.

I am happy to go over this information with you over the phone if it would be helpful.


"Evacuation of the uterus of a woman who has missed her menstrual period by 14 days or fewer, who previously had regular periods and who has been at risk of conception. In some countries menstrual regulation is legal, even though therapeutic abortion is not." 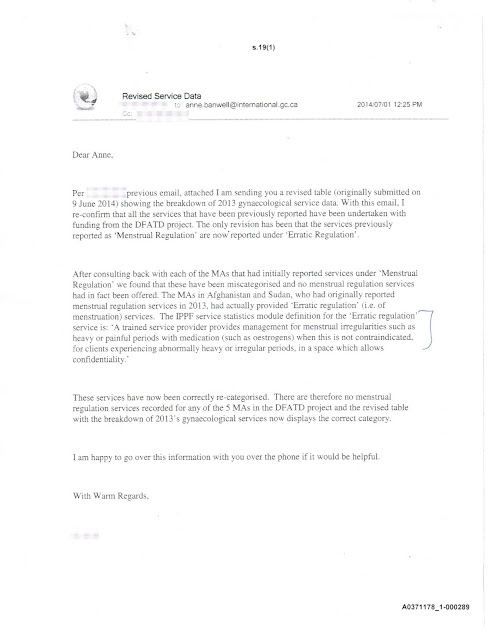 Original submission from IPPF to DFATD 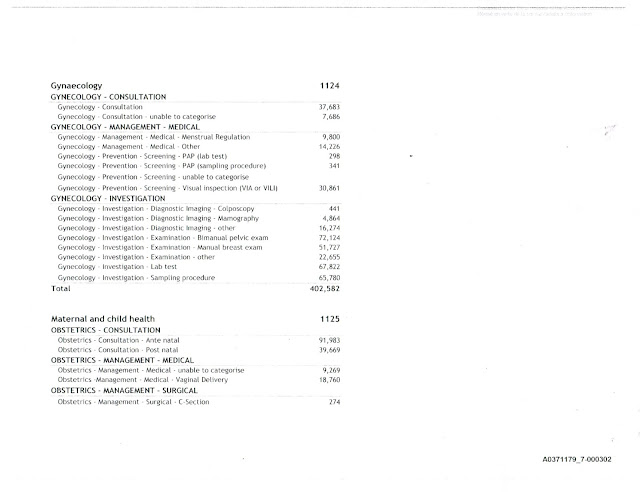 Corrected submission from IPPF to DFATD: 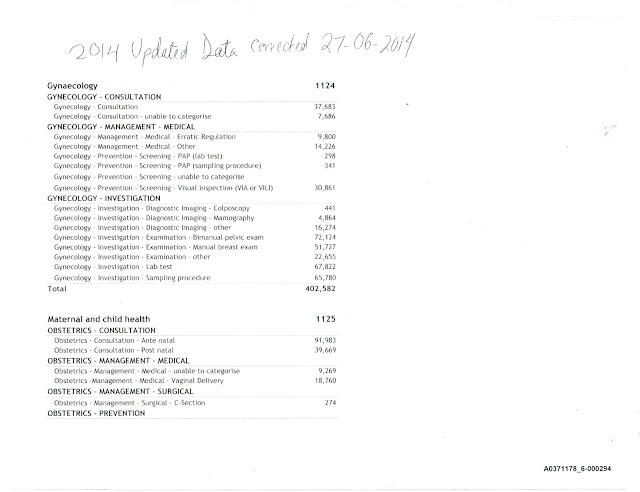 Posted by Patricia Maloney at 5:18 PM