What if a human fetus developed outside instead of inside?

David Attenborough shows this remarkable film about the birth of a kangaroo.

It's a stunning analogy for the beginning of a human being. The only difference is that the kangaroo's gestation period is about 31-36 days when it is born. At which time it is about the size of a 7 week old human embryo. It then spends nine months in its mother's pouch. 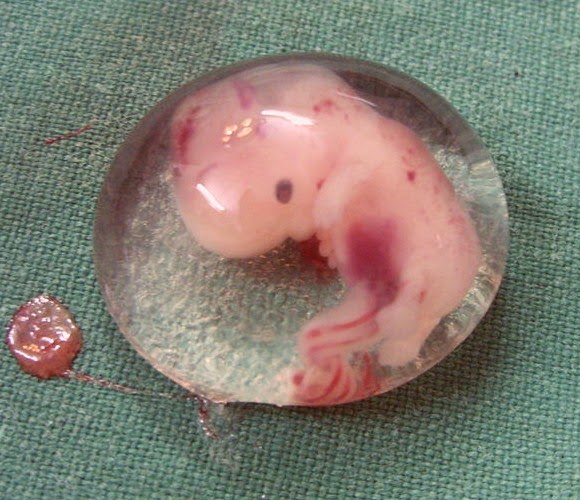 Imagine for a minute, that a human embryo is born at the same time a kangaroo is born. And imagine that, it is then nurtured for the remainder of its gestational period on the outside of the mother, where you could actually see it growing, instead of on the inside where you can't see it?


"The Kangaroo produces young without a protective shell. What comes out is a tiny undeveloped little worm. The fetus is expelled from the mother and weighs less that a lump of sugar (has no back legs, but it only fore legs). Just enough to pull it through its mothers fur. It's started on an extraordinary journey. To survive it must get to a pouch higher up on its mother's belly. Instinctively this tiny living particle climbs upwards against the pull of gravity and towards the smell of the pouch. After about three minutes it reaches the lip of the pouch, and clambers down safely inside. There it clamps its tiny mouth on its mother's nipple and takes its first meal of milk. As it grows, the ingredients of the milk changes, to make sure that it gets exactly what the infant needs for each stage of its development. By the time its nine months old, its getting a bit cramped. It's time to enter the outside world. It's almost like a second birth."

It will be another year before it is fully independent."

What would it be like if we could actually see the baby as it developed, instead of not seeing it? Would it make a difference? Would pro-choice people still be okay with abortion?
Posted by Patricia Maloney at 2:01 PM