Lying is okay for feminist warriors

The character Claire Underwood in the TV show House of Cards is not a very nice person. If you've watched the show you know this. She's a lying, manipulating sociopath who will use anyone in her path for her own gain. Ditto for her husband. You really don't like these people.

But when it comes to abortion well, things get weird, because now, the lying part is okay.

You see Claire has also had three abortions. And the feminists love her.

During a TV interview Claire admits to one abortion. Tracie Egan Morrissey writing for Jezebel, calls Claire a "feminist warrior". Here's Morrissey's take on this interview:


"What she knew is that she wasn't ashamed of her choices, and wouldn't be made to feel that way. So she needed to think quickly, in order to maintain the integrity of her convictions, but not rub people the wrong way with her truth. So she came up with a version of the truth that also touched on a deeper injustice in Claire's life."

And from Amanda Marcotte writing in Slate:


"Granted, Claire's story isn't exactly true. Yes, she's had an abortion (three, it turns out), and yes, she was raped by this man. It's just that none of her pregnancies were caused by this rape, and one of Claire's abortions happened because she and her husband chose together not to have a baby [Claire is 16 weeks pregnant at the time and they were campaigning so must get rid of baby]. Claire is a character who is frequently portrayed as a scheming, immoral liar, but for once, her truth-fudging comes across as entirely sympathetic. The implication is that the American public will forgive aborting a rape-caused pregnancy but would never forgive someone who rebels against the expectation that she must have children with her husband. To protect herself from the intrusive condemnation of people she's never met, she pretty much has to lie."

How do you like that? A "version of the truth" and "she pretty much has to lie"? Because for the pro-abortions, the truth is whatever you say it is.

Here are a few screen shots of the House of Cards episode where those nasty pro-lfers make an appearance: 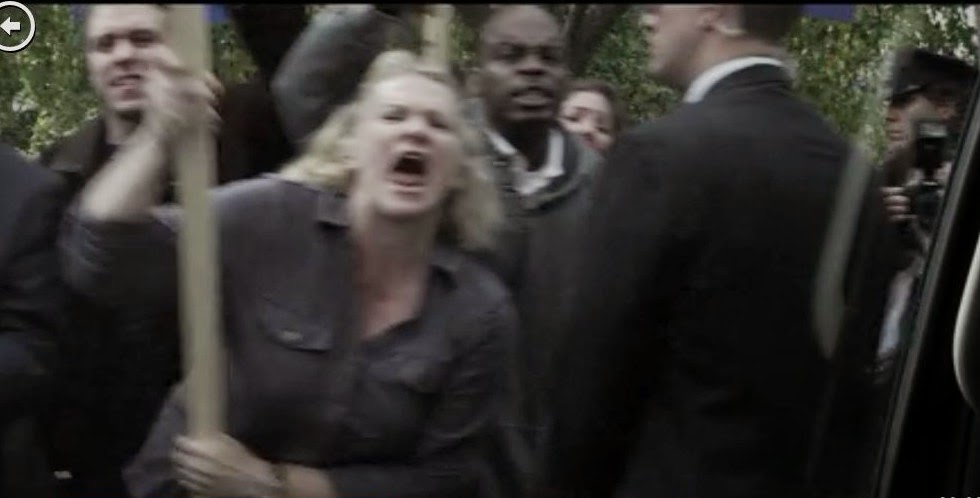 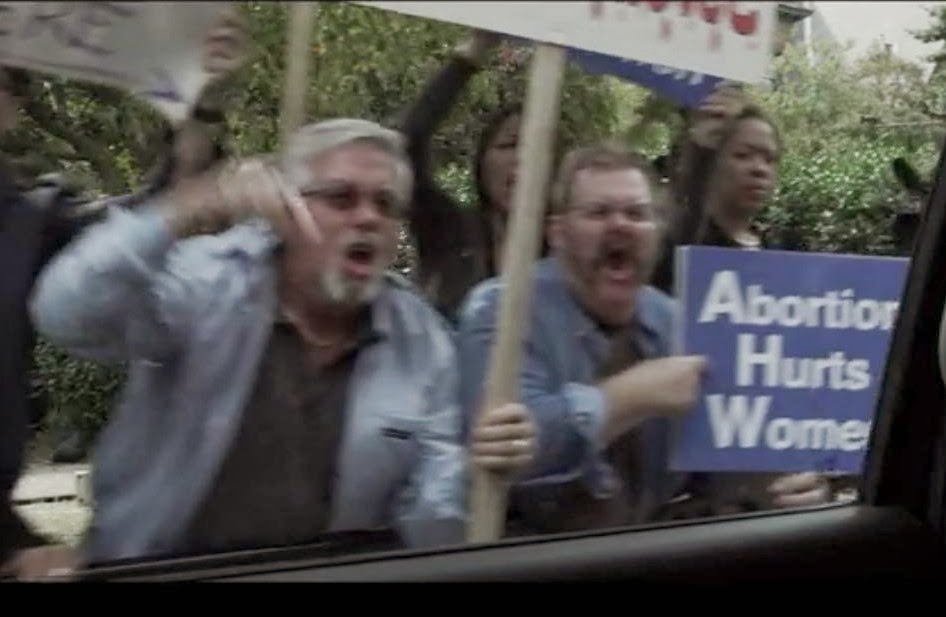 Posted by Patricia Maloney at 12:34 PM