(This letter to Mr. Harper is posted with permission from the author)

Mr. Harper, I am writing to you after watching a preview of your Christmas interview with The Global Television Network. In the interview, you said that in the future Canada will not face an unemployment problem, but a labour shortage and that bringing others into Canada to fill the labour shortage is only a band aid solution to the problem. You also said we need to train Canadians for positions that need to be filled now and into the future; engineering was cited as a profession where we will need people.

When watching the clips of your interview, my mind wandered back one week to December 14th when I watched President Obama publicly mourn the loss of twenty little children. According to him, the children had their whole lives ahead of them. Mr. Obama passionately talked about children who should have had graduations to attend, jobs to go to, that they would likely be married and have families of their own; but tragically, all this was taken away from them by a senseless and deliberate act of violence. Mr. Obama also stated that the children were destroyed in what should have been the safest place on earth, their school. In reality, the safest place on earth for children is their first home, their mothers’ womb.

Mr. Harper, each year in Canada we destroy more than 100,000 children and we do it in the wombs of their mothers, supposedly the safest place on earth for these children. We destroy the lives of these children in the same way that Mr. Obama described the massacre of the twenty children in Newtown, Connecticut, by senseless and deliberate acts of violence. Mr. Harper, these children have their lives taken from them before they even have an opportunity to go to school, or to graduate or to marry and have families. It is very conceivable that hundreds of engineers, teachers, doctors, or even a future Prime Minister of Canada have been/are destroyed by the violence of the abortionists’ curettes, their suction apparatus, and their scissors or by life destroying intra cardiac injections of Potassium Chloride.

Mr. Harper, I believe most Canadians would agree with you that we need more of us, so that our future in Canada is secure. I also believe you understand that children who have their lives taken from them by abortion are the future labourers and engineers that you speak about in the interview. Mr. Harper, the senseless killing of twenty innocent and defenceless school children in Newtown is only different from the children killed at the hands of abortionists by two things, their ages and where they were/are living when their lives were/are taken from them. As you can tell, I am finding it difficult to make my verbs agree at this point because although the deaths of the twenty school children in Newtown is past, this is not so for the children who are killed by abortion. Yes, Mr. Harper just in the past week thousands more innocent and defenceless children have lost their lives; but their deaths go unnoticed by the media, by their president and by their Prime Minister. 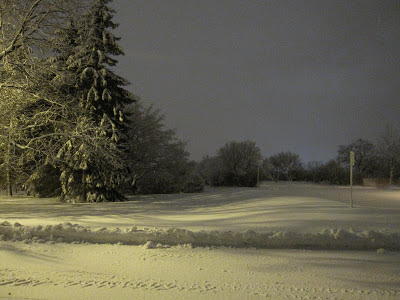 Posted by Patricia Maloney at 7:00 AM