I've received total numbers of abortions from British Columbia Health for the past five years.

The second chart gives additional surcharge services for two of the codes. So I did not include those services into the totals.

BC does include medical abortions. These numbers go up every year. 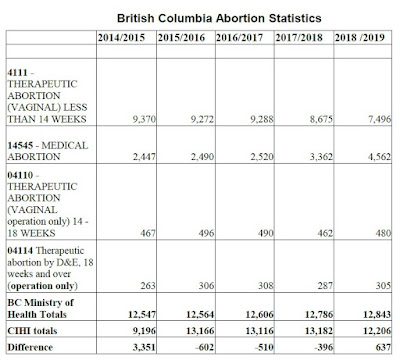 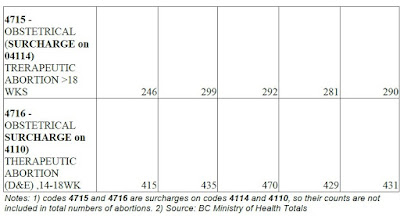 Posted by Patricia Maloney at 1:17 PM