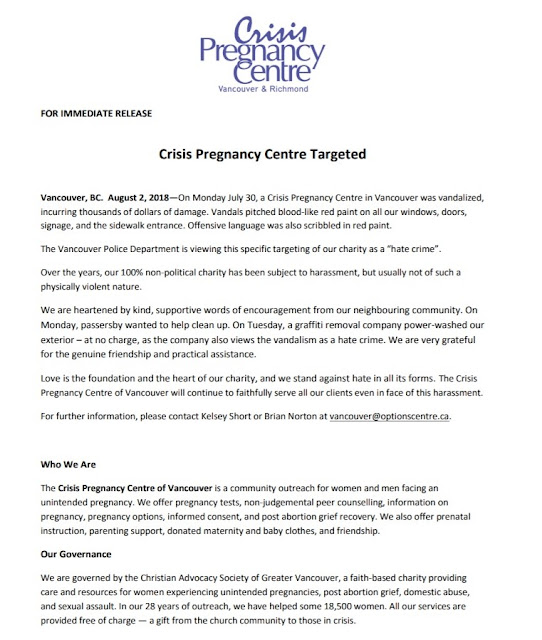 This past Monday, the exterior of the Crisis Pregnancy Centre of Vancouver was vandalized. Red paint was thrown at all their windows, doors, signage, and the sidewalk entrance. Offensive language was scribbled in the red paint.

There were thousands of dollars in damage to the centre. The centre's signage is probably not salvageable so will have to be replaced.

Brian Norton, Executive Director of the centre, told me that the police informed him that the vandalism was not random, but rather that their centre was specifically targeted. And that the police are viewing this as a ‘hate crime’.

Anyone who is familiar with the tactics of some “pro-choice” people know that these kinds of bullying tactics are nothing new.

Last week I watched a video posted on Facebook. In the video a pizza business owner screamed and ranted obscenities at some very peaceful respectful pro-life protesters. The protesters were bullied off the public corner where they were, and forced to relinquish their freedom of expression and freedom of peaceful assembly rights by this raving person. If they hadn't, who knows what kind of physical violence might have ensued?

(Johnathon Van Maren talks about this disgusting behaviour here: Viral video of Toronto woman swearing at pro-life activists shows what the abortion movement is truly like)

Subsequent comments to this harassment on Twitter showed the jubilation that ensued when the pro-"choice” people “won”.


"Our favorite vegan pizza magician Jen is getting a lot of attention for how she reacted to anti-choice protesters outside of her business. We 100% support and applaud her!! Send her positive vibes and supportive messages, she's our hero!"

How do they win? By intimidation. By bullying. By screaming. By swearing. By forcing us to give up our charter rights to speech, assembly and conscience. And by vandalizing our properties.

Are these two incidents connected? I have no idea. What I do know is that these kinds of extreme hateful bullying tactics by pro-“choice” extremists have become the norm against anyone who is pro-life. 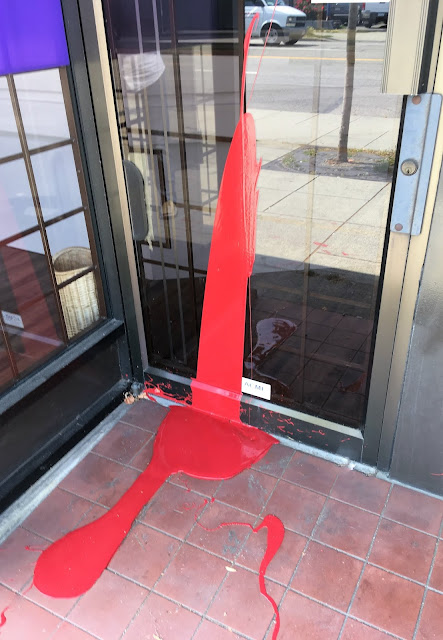 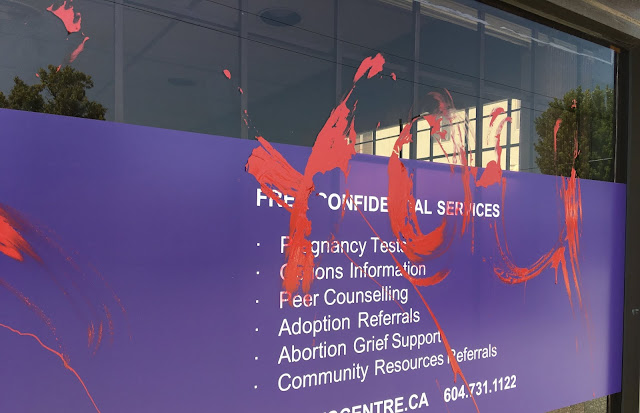 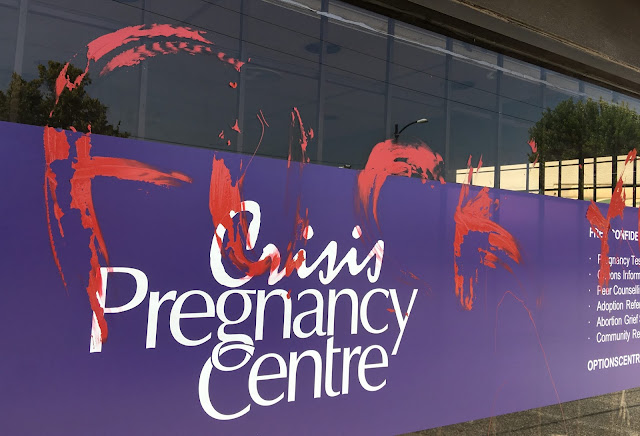 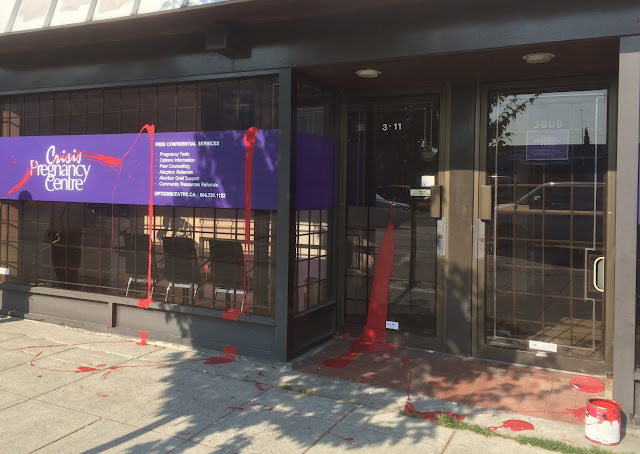 Posted by Patricia Maloney at 8:31 AM