Which magazine will you read this Christmas?

Mary the most powerful (pro-life) woman who ever lived on Earth, will be on, and in, the December issue of National Geographic magazine.

"National Geographic’s December cover story, “How the Virgin Mary Became the World’s Most Powerful Woman,” details how Mary’s “image and legacy are found and celebrated around the world.” The issue is currently available at print newsstands as well as online."

We don't even know what Mary looked like. And of course, it doesn't matter does it? Because for Mary, her power and her appeal don't come from her looks. 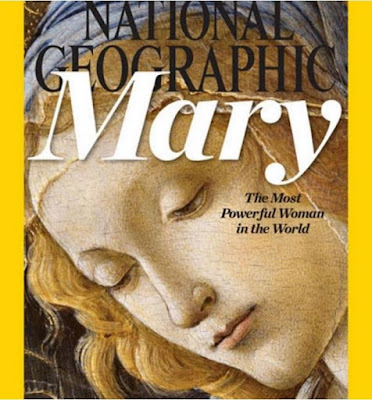 Then there's Justin Trudeau, the most "pro-choice" person who ever lived on planet Earth, on the front cover of Vogue. Posted by Patricia Maloney at 5:17 PM