That's a whopping 18,330 abortions performed in doctor's offices in that one year alone.

But don't expect to find out how many abortions are being done in doctor's offices in Ontario this year. Because you won't. Not since the Ontario government, under Kathleen Wynne's pro-abortion agenda, continues to make sure that all abortions performed in Ontario are of the top secret variety.

2010 is the only year we will ever see those numbers. 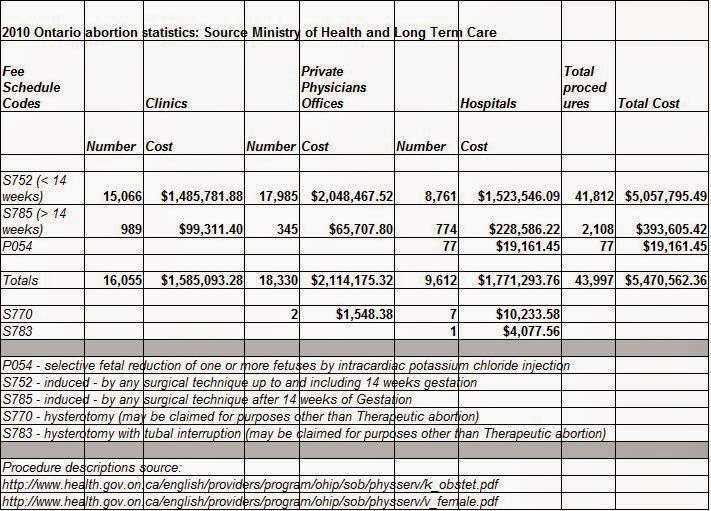 Posted by Patricia Maloney at 11:43 AM