Manitoba's abortion rates are going up. I received recent numbers thanks to Kyle Coffey from CCBR based on an FOI he did. The 2018/2019 numbers he received are even higher than what I reported on last year, particularly for medical abortions.

For 2019/2020, in Manitoba we see even more medical abortions (including numbers for previous years which have been adjusted upwards) - they are quickly catching up to the numbers of surgical abortion numbers.

This also means that CIHI's data which doesn't report on medical abortions, will also be underreported even more than they have been. 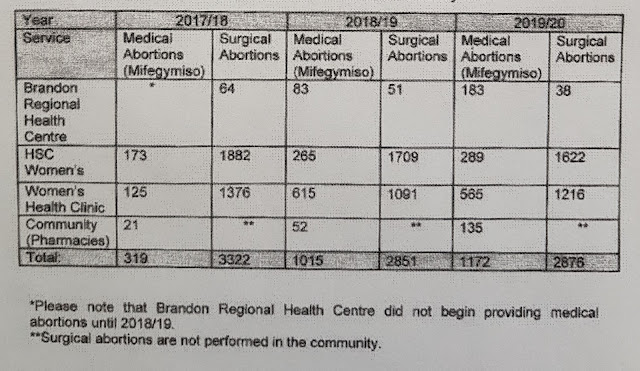 Posted by Patricia Maloney at 12:37 PM