We now have more cause for concern regarding CIDA/DFATD's $6 million funding of IPPF.

In an ATIP to DFATD I asked for correspondence regarding the Muskoka initiative on maternal and child health.to the PMO and CIDA.

This yielded a few letters, but one in particular was noteworthy.

On October 27, 2011, in a very detailed letter from MP Maurice Vellacott to Stephen Harper, Mr. Vellacott voices his concerns to the Prime Minister by asking seven questions about the $6 million funding IPPF received as part of the Muskoka initiative. (see below for Mr. Vellacott's letter and the responses from Mr. Harper and Ms. Oda).

In a nutshell, Mr. Vellacott's questions what due diligence is in place to ensure the funding would not go to pay for any abortion services, as was stipulated by the contribution agreement between CIDA and IPPF. All pertinent questions I thought, some of which I've also asked myself to CIDA/DFATD. (For all my links to the CIDA/IPPF funding see this page.)

The Prime Minister doesn't answer any of Mr. Vellacott's questions. Not one. And then the PM simply forwards Mr. Vellacott's letter on, to then Minister Bev Oda, who also doesn't answer any of his questions. Not one. In fact Ms. Oda's reply is obviously a form letter, since it is exactly the same as all of her responses to the other letters in the package.

So why were Mr. Vellacott's questions never answered? 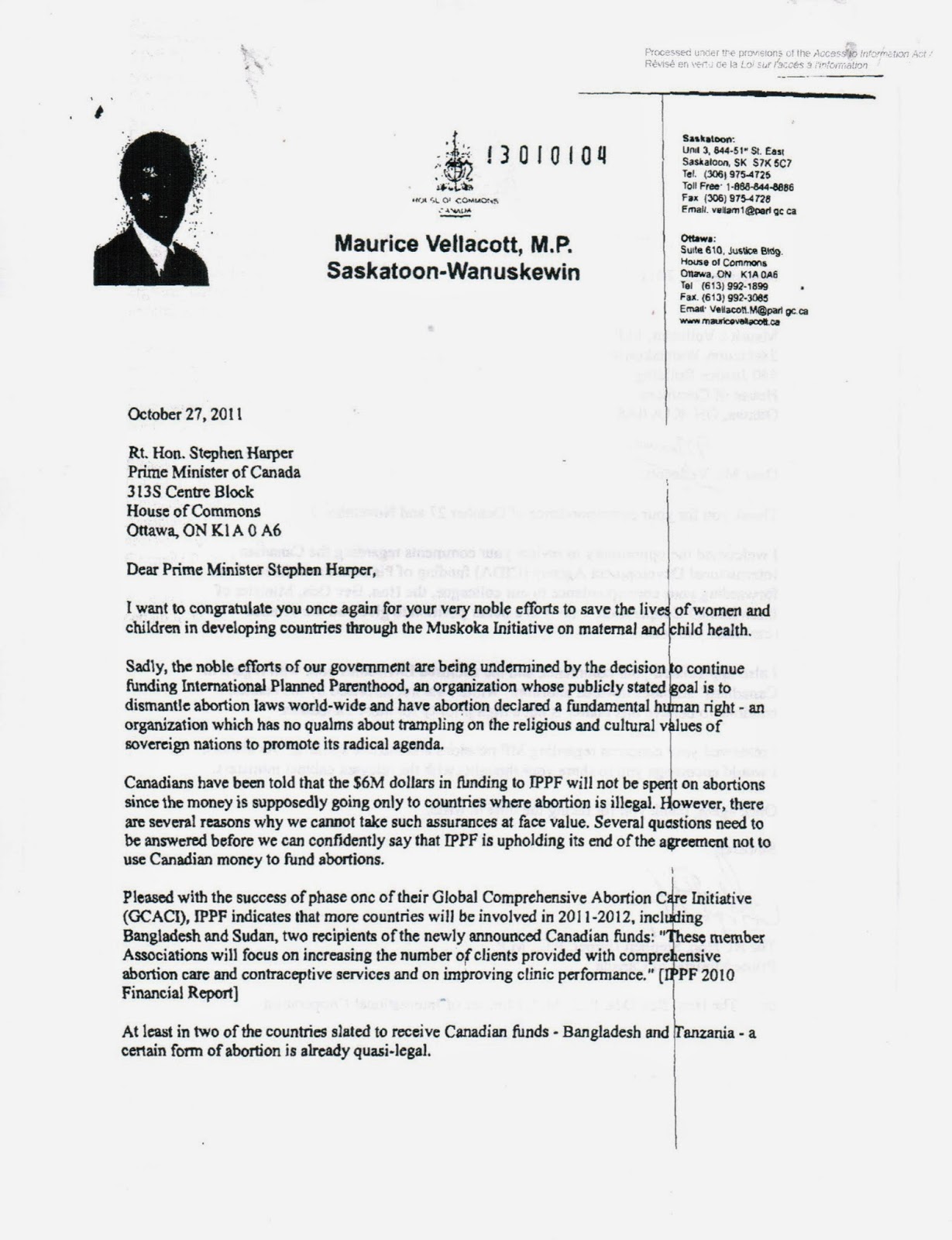 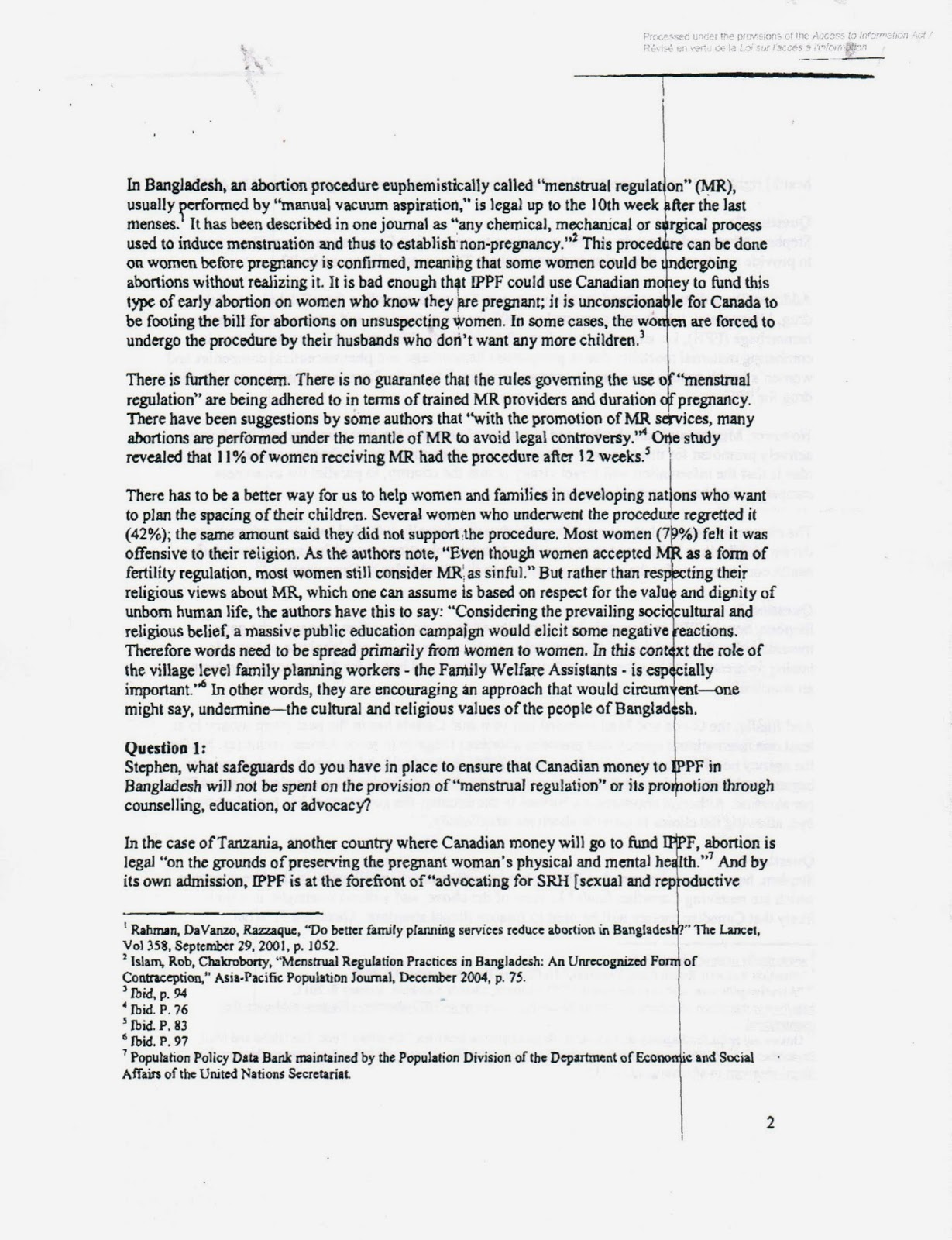 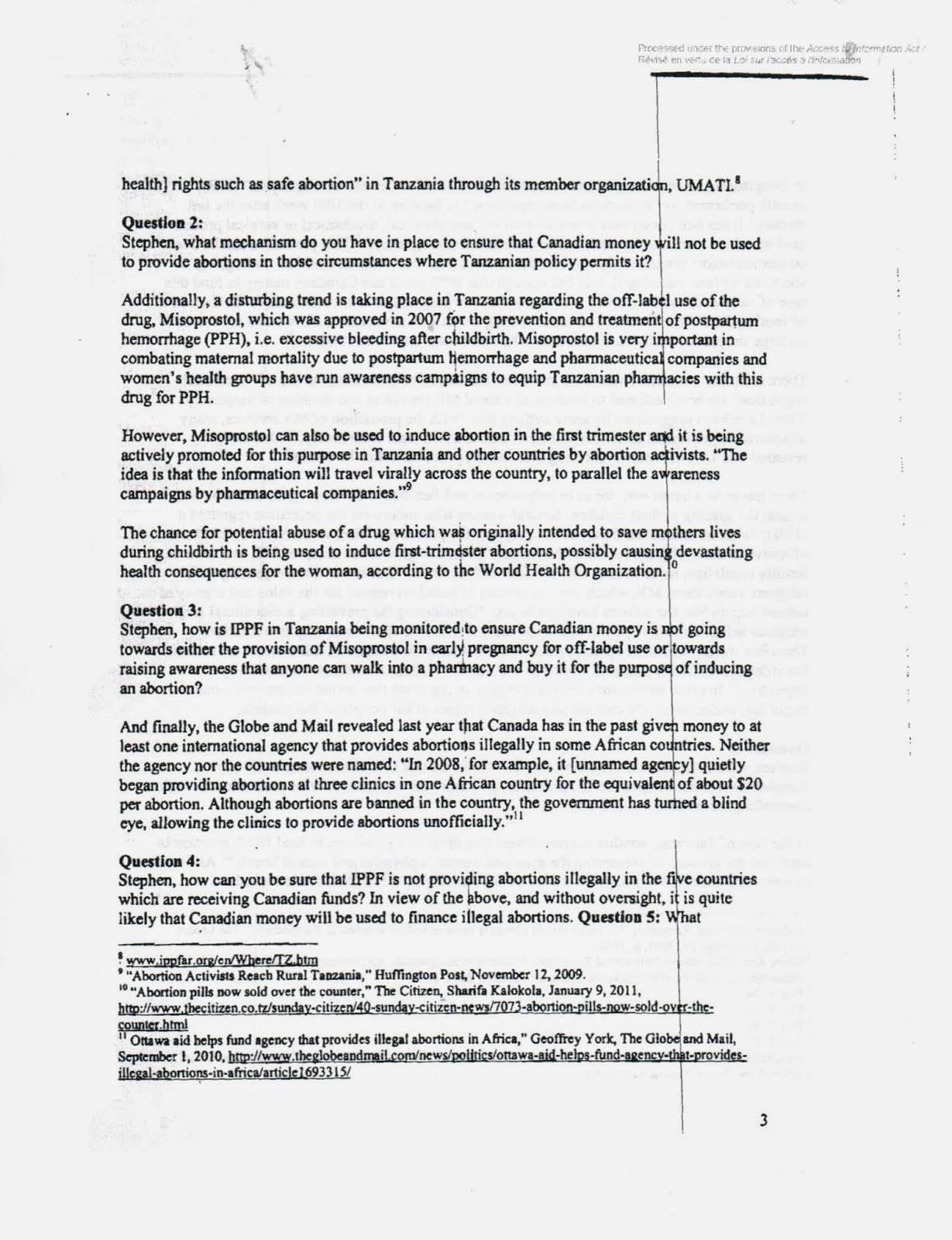 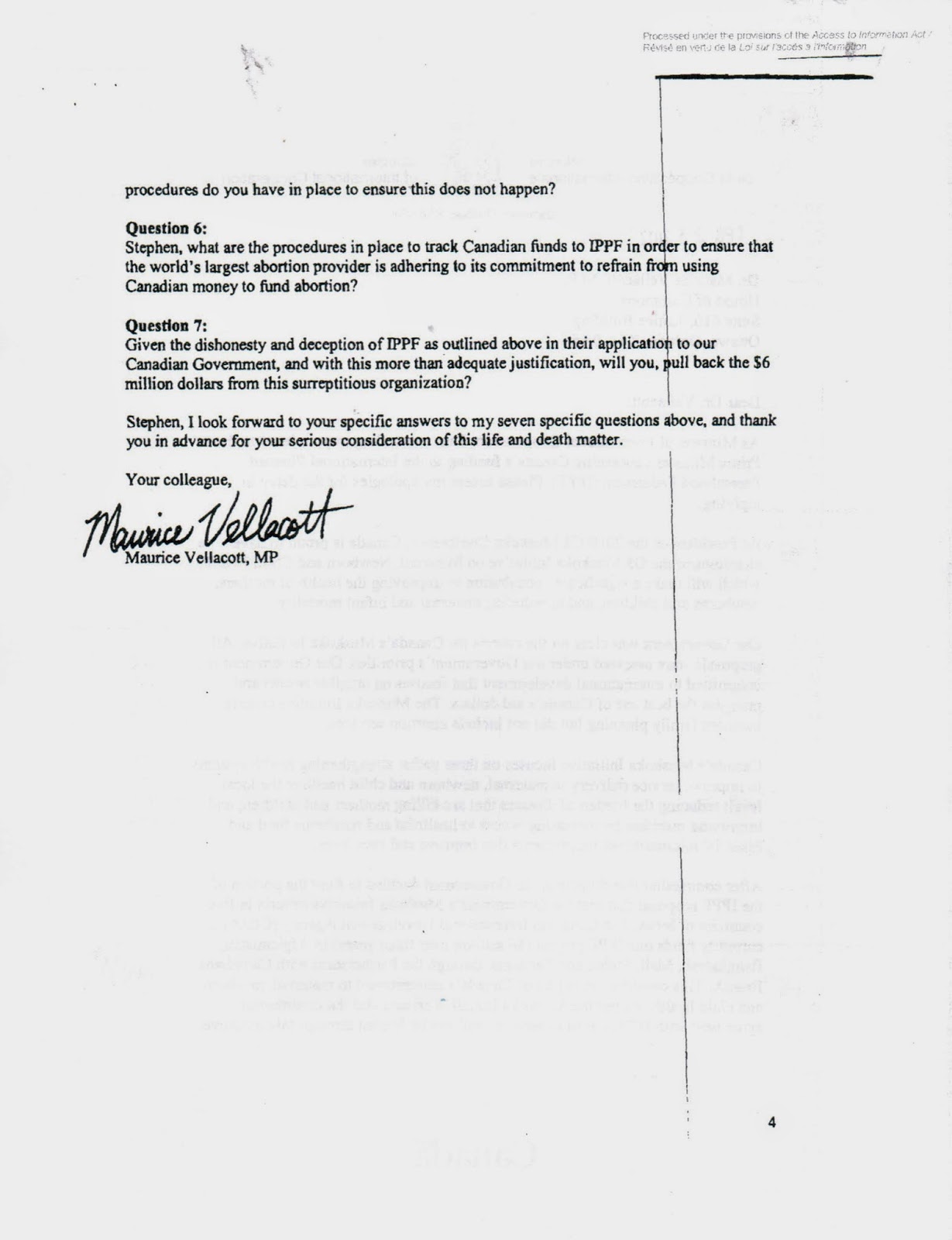 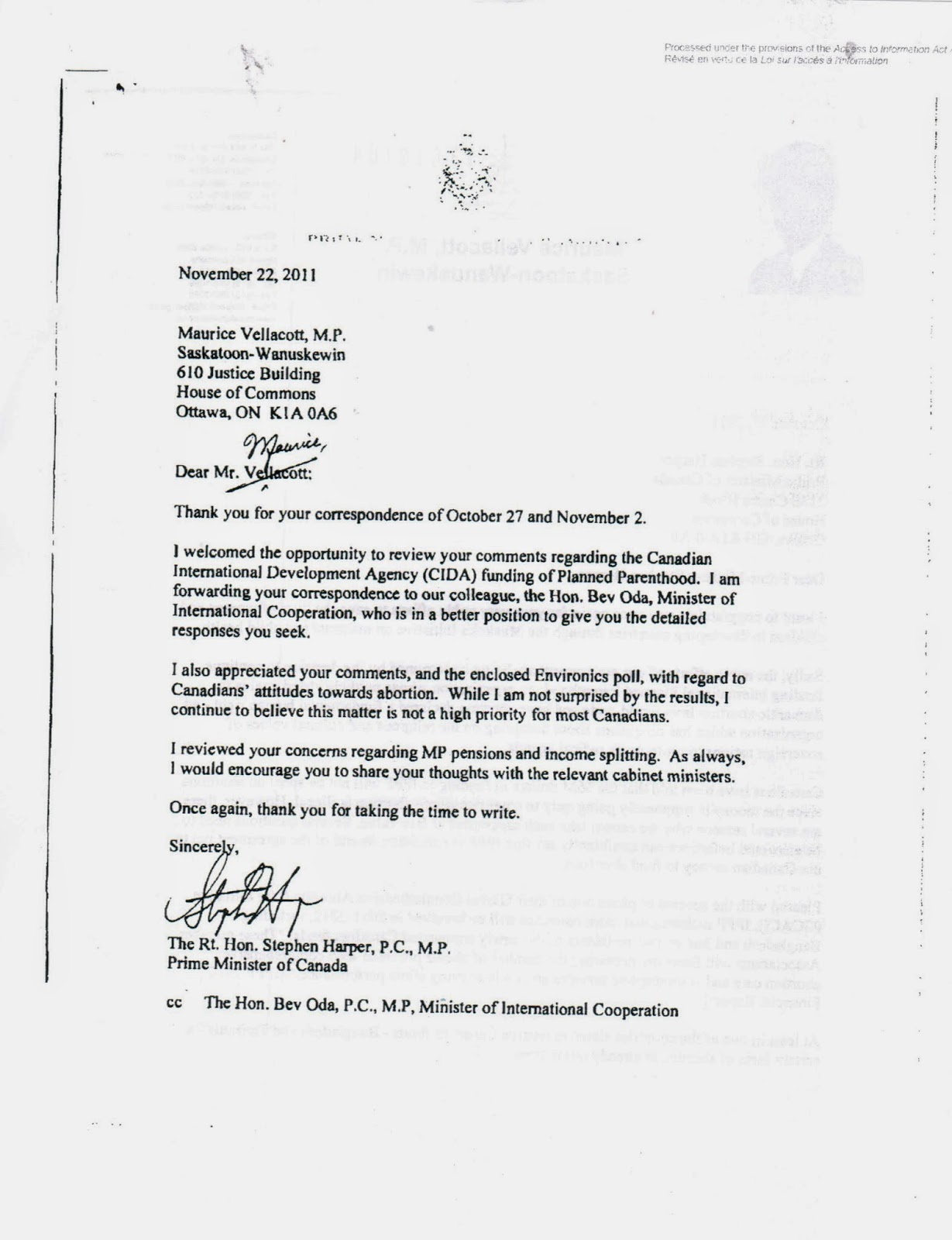 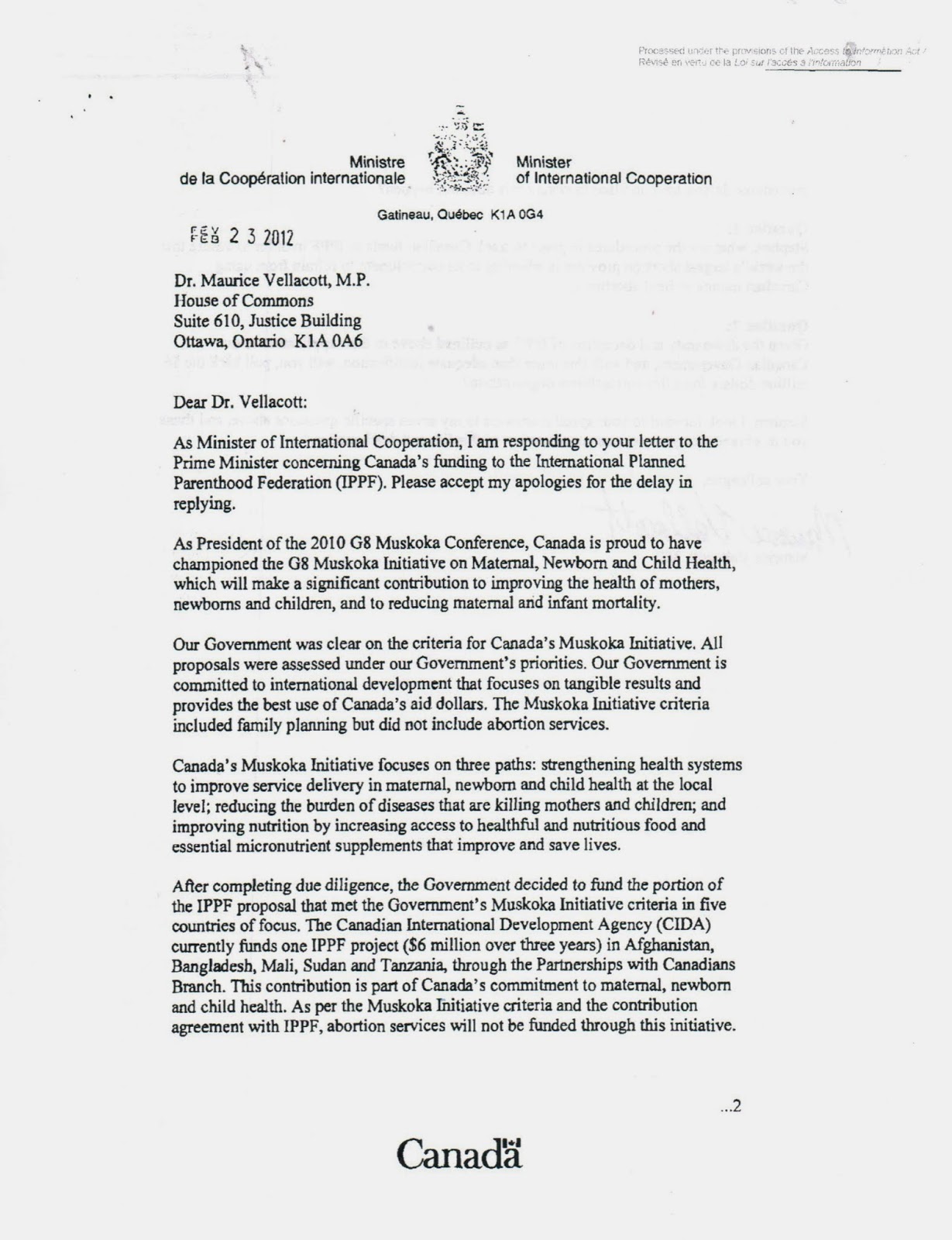 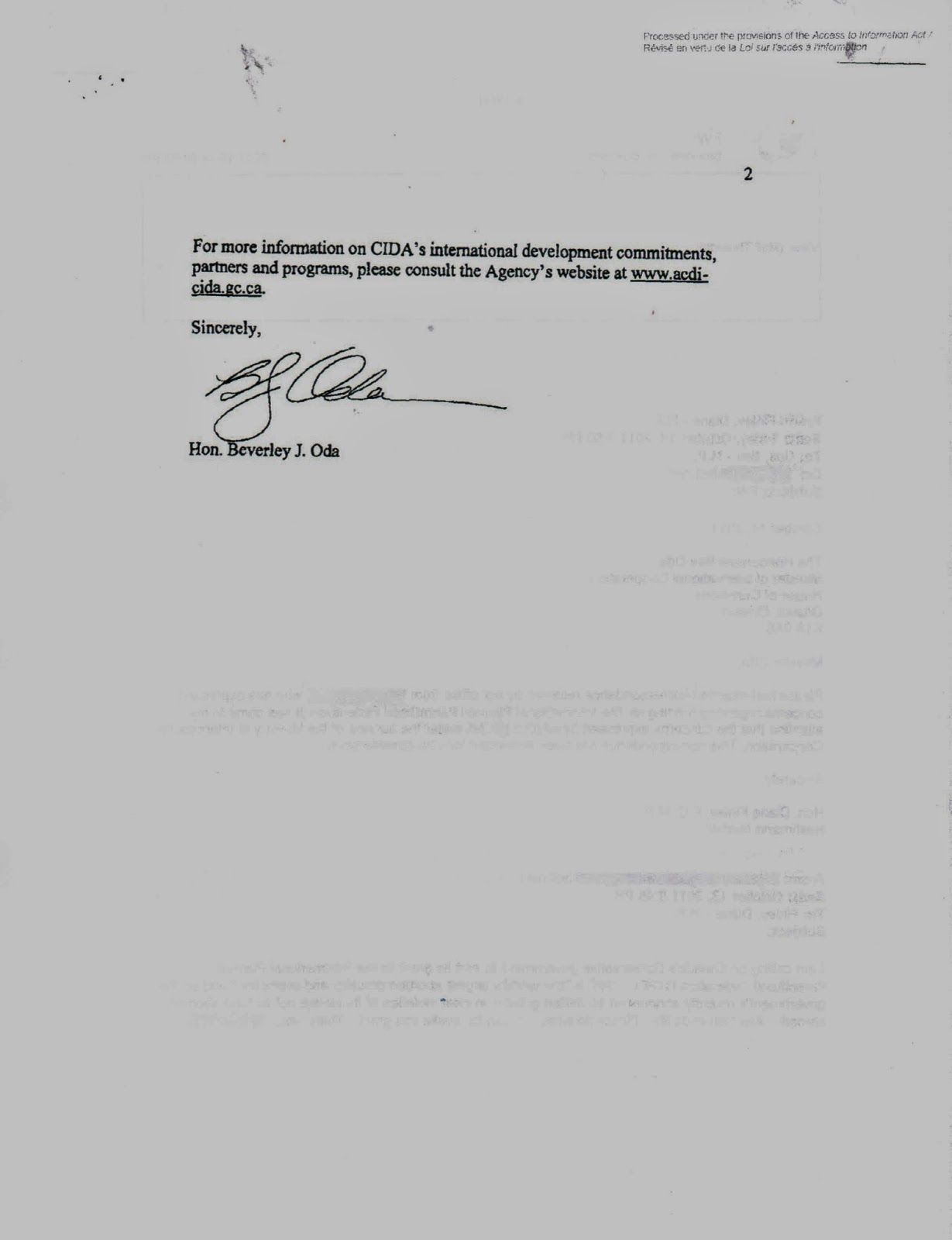 Posted by Patricia Maloney at 2:00 PM