The March for Life in Ottawa today was a huge success. I'm posting a few pictures below.

And I have a message for Justin Trudeau who told us yesterday that about how he won't allow pro-life candidates to run in the next election:


"We make sure that the people who are stepping forward are consistent with the Liberal Party as it is now, as it stands under my leadership and under the feedback we're getting from Canadians across the country."

Or was he talking about the handful of noisy protesters who stood chanting their pro-abortion nonsense slogans across the street from the Human Rights monument? Are those the people Mr. Trudeau was talking about? Are they the ones he is listening to?

Here's a thought that Mr. Trudeau might want to think about. And the rest of us too.

What would Mr. Trudeau think, if the leader of another party proclaimed that henceforth, candidates eligible to run in elections must be pro-life? That only those people could run for election? How would that sit with Mr. Trudeau?

In fact has Mr. Trudeau ever heard of our Charter of Rights and Freedoms? You know, that quaint thing his father was kind of involved in? It guarantees freedom of conscience and religion; freedom of thought, belief, opinion and expression.

Maybe somebody should tell him about it.

(I hope to have some video footage later from my sister Maureen who will be putting it together for me.)

Videos
Entrance into St. Patrick's Basilica. Cardinal Collins presided. The Church was so full that people were standing. There was also spill over into the basement.

The rest of the videos here. 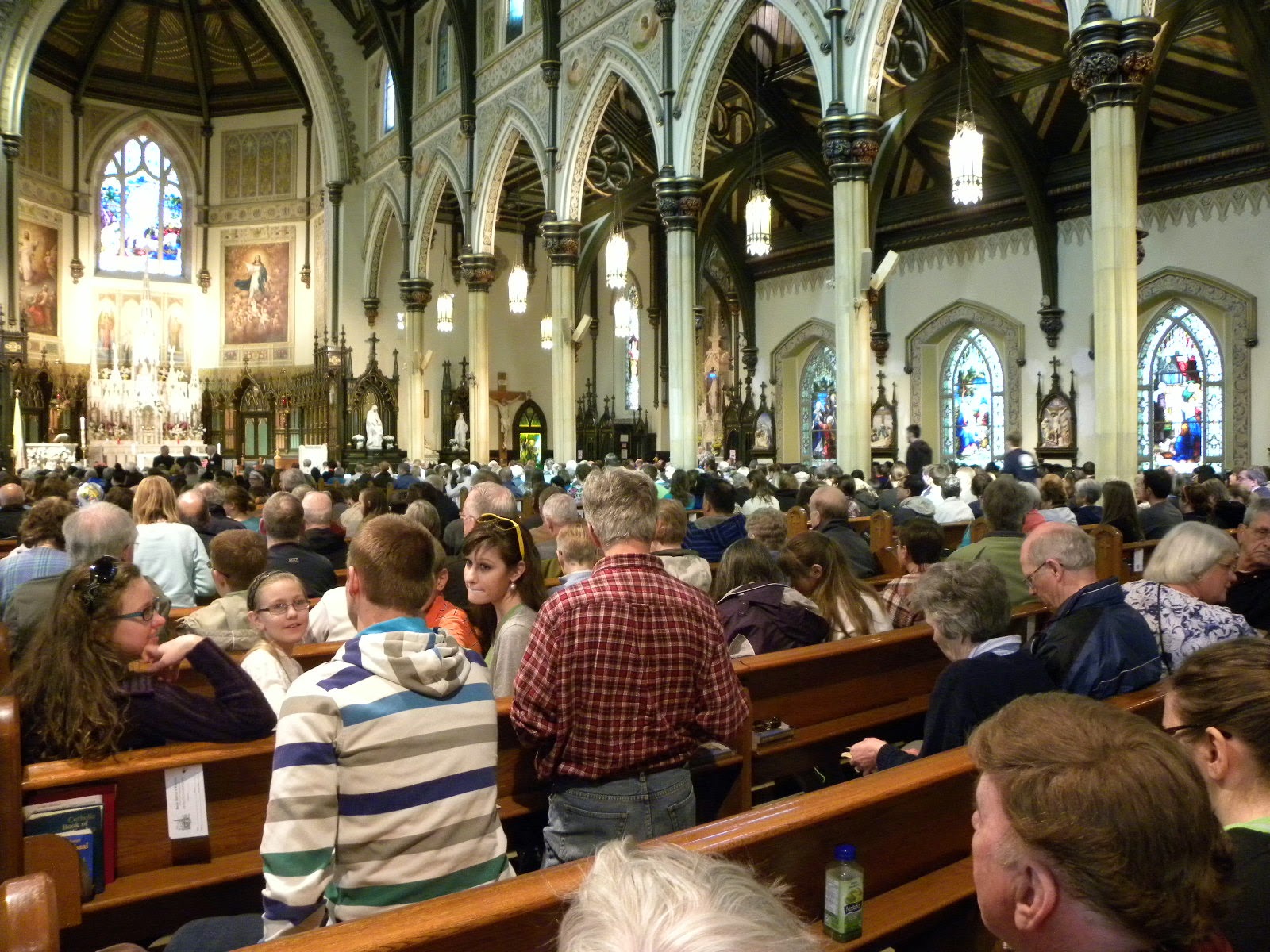 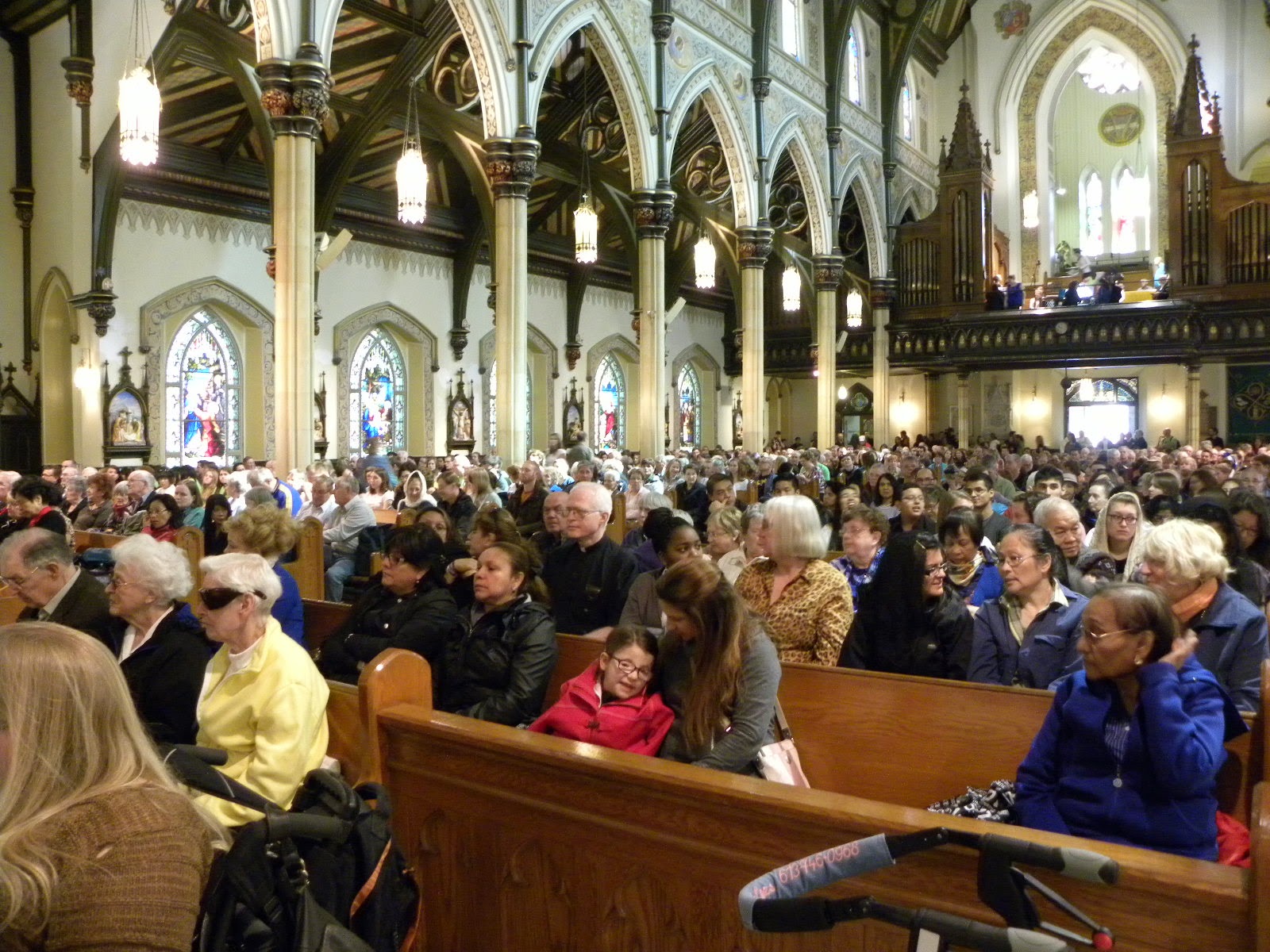 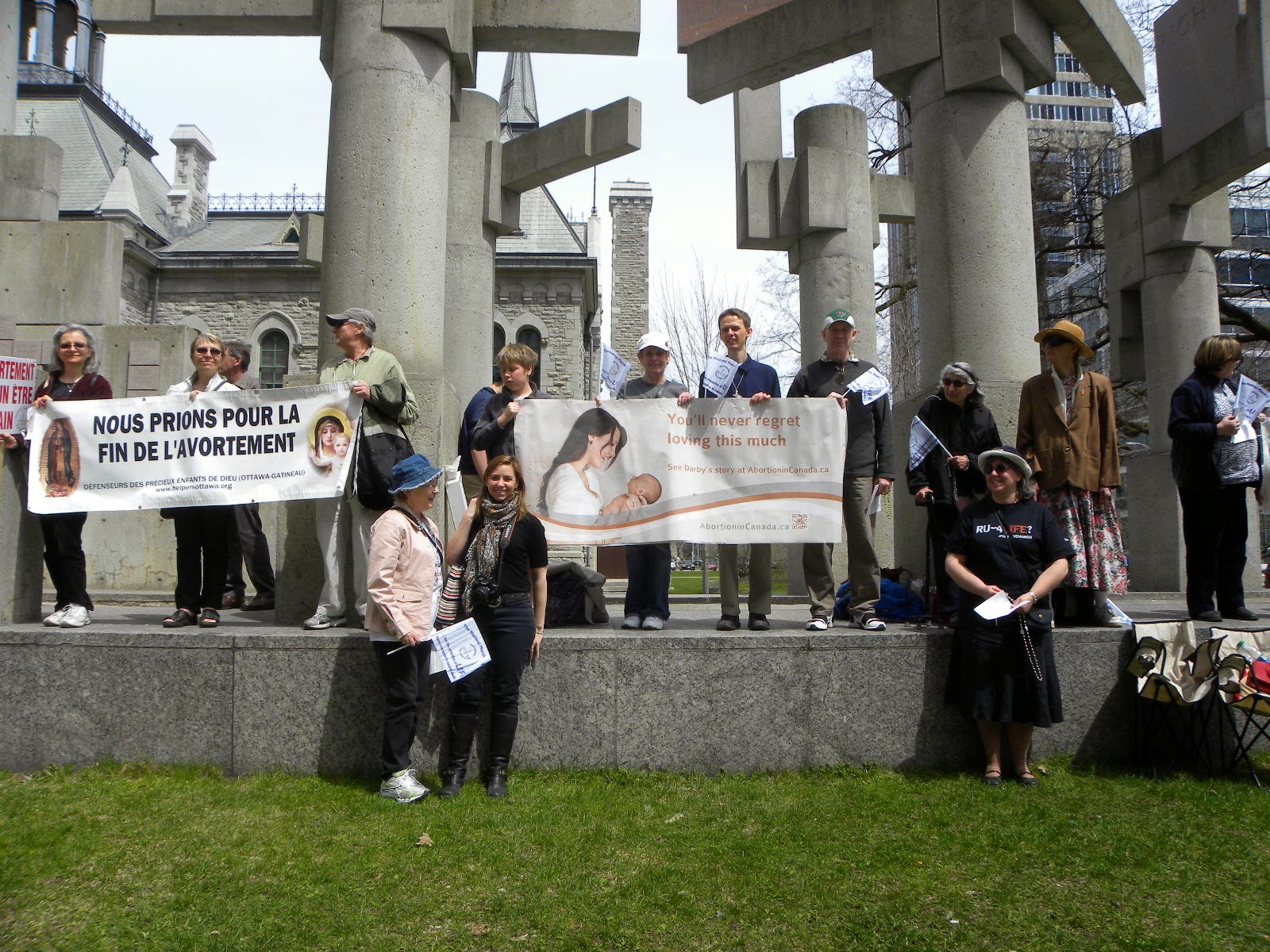 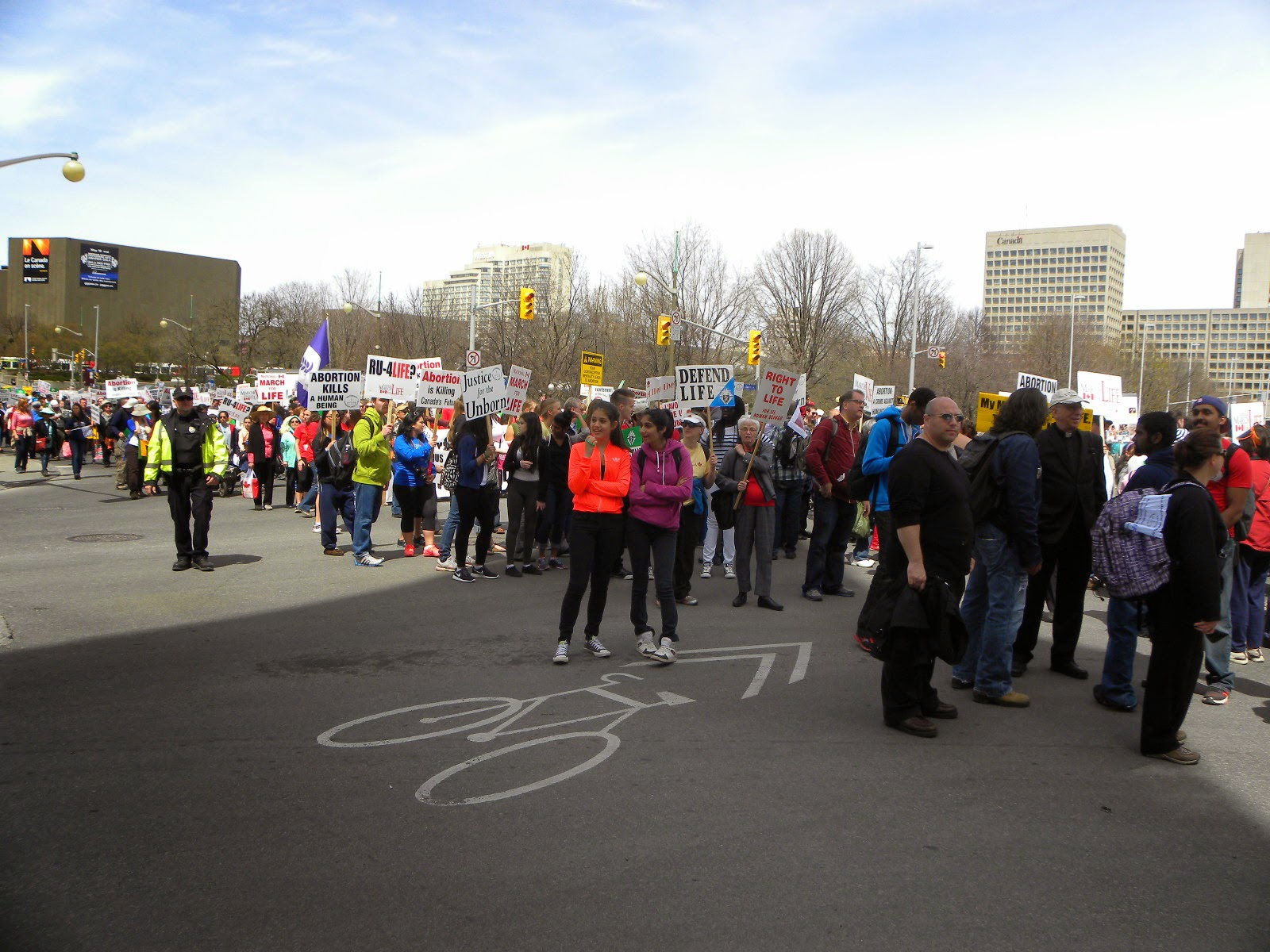 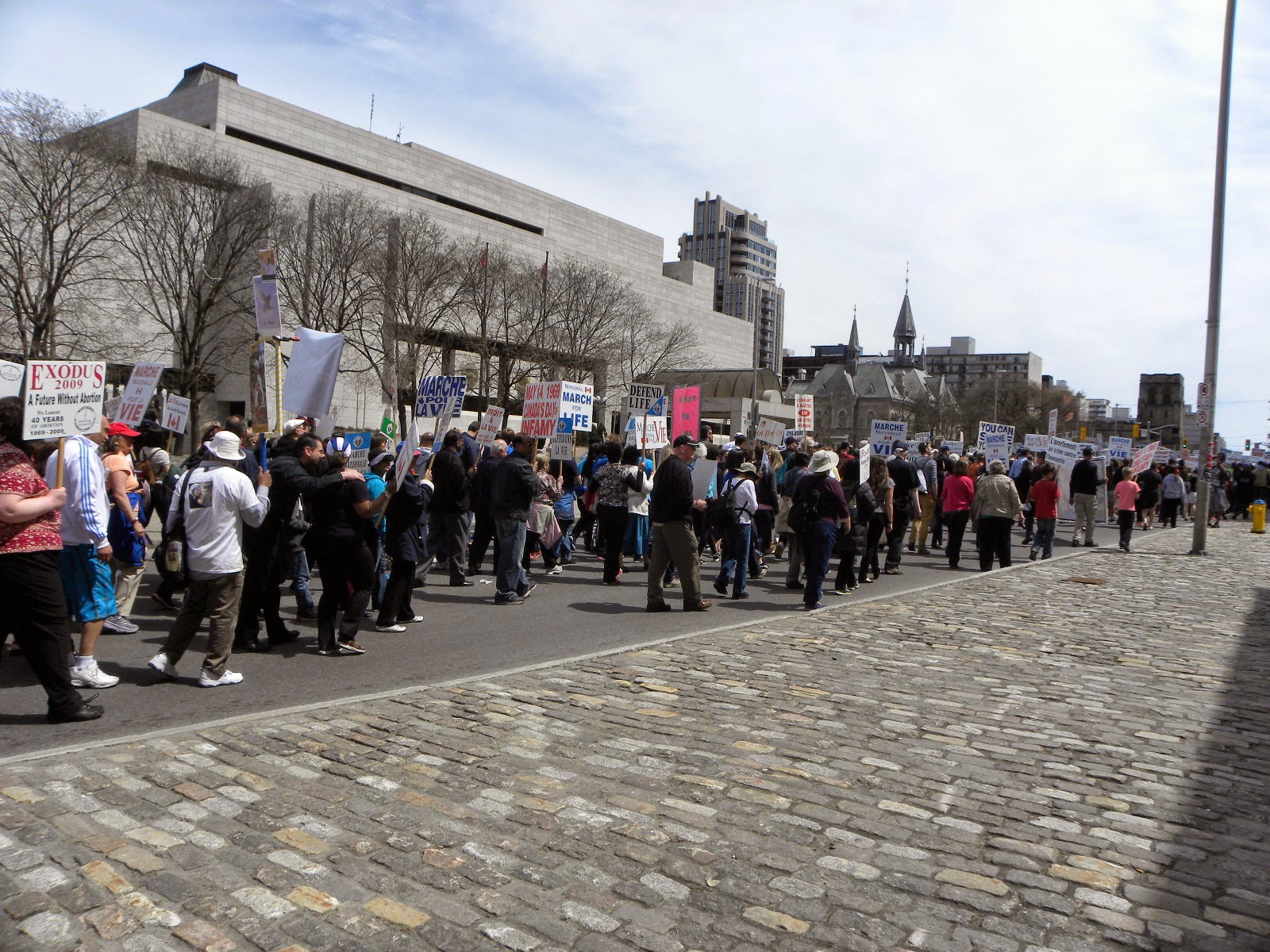 Posted by Patricia Maloney at 5:59 PM