Kathleen Wynne is the only one with a last name

I called Kathleen's office again. (I called earlier this week and spoke with Ian and Vera.)

This time I spoke with Cheryl and Carlitta.

Nobody there has last names it seems, and they won't give them to you if you ask. What are they afraid of?

In any event, I got lectured on how, even though Kathleen's Open and Transparent Government initiative is her initiative, well each piece of data (like abortion data) belongs to a particular Ministry and not the Premier.

She referred me to the Minister's office, where of course, I have been in touch with many times already and still waiting for answers.

I told Carlitta that although I understand what she's trying to say, I still maintain it is the Premier's responsibility to answer my very simple question, since is is Kathleen's initiative. Carlitta disagreed.

That's what the gas plants and subsequent email deletion campaign looks like too. The big cheese simply doesn't take any responsibility and gets off the hook, downloading the fallout to all the poor schmucks underneath them.

Kathleen, and Dalton before her, seem to be experts at not being accountable. That's why they have last names. 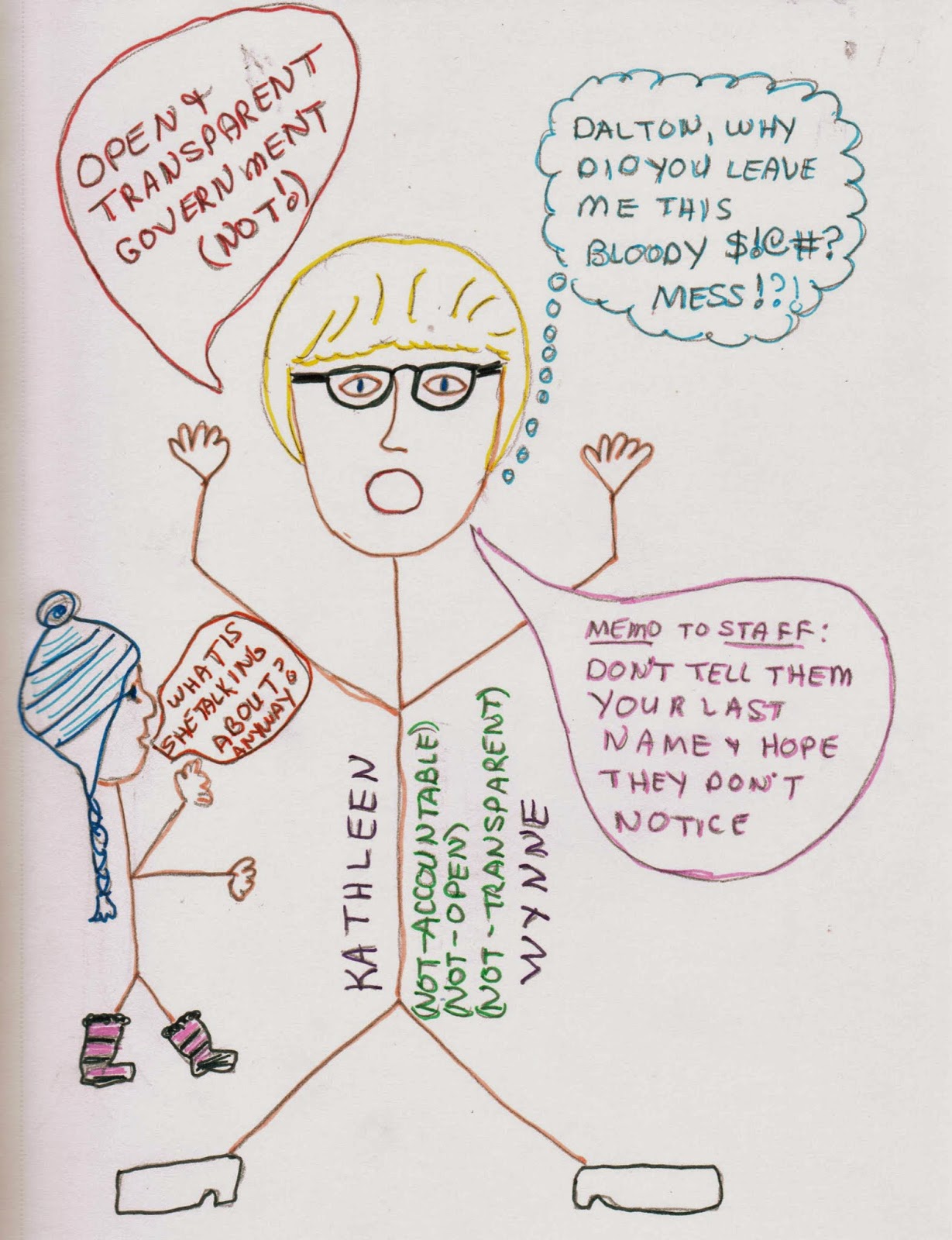 Posted by Patricia Maloney at 2:04 PM