I have no problem with counter protesters at the March for Life. What I do have a problem with is that they succeed in blocking our route, courtesy of the Ottawa police. Just like last year. And the year before that. There were almost as many police as there were counter protesters; they could have easily prevented them from blocking us, but they chose not to.

If the counter protesters want to hold their own march, why don't they? I can guarantee you that we would not prevent them from doing so. Unlike these people, we would never call for an abolition of their right to protest, even though they want to end our right to protest with their slogans, their taunts, their hidden faces and their signs that read "End the March for Life".

I've let Mayor Jim Watson, my councillor Tobi Nussbaum and Ottawa police chief Charles Bordeleau know my thoughts on this. You should too. But I doubt it if I will receive a response. Just like last year. 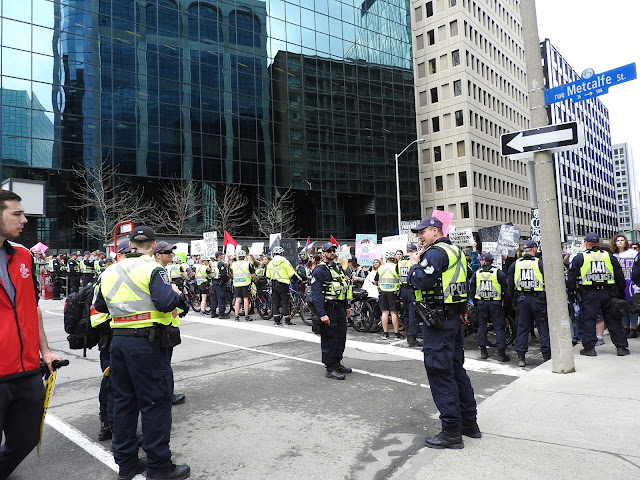 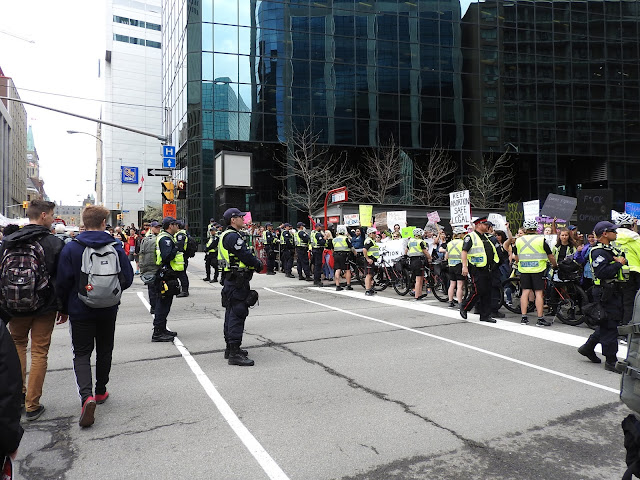 Us (Thanks to Maureen for these pictures) 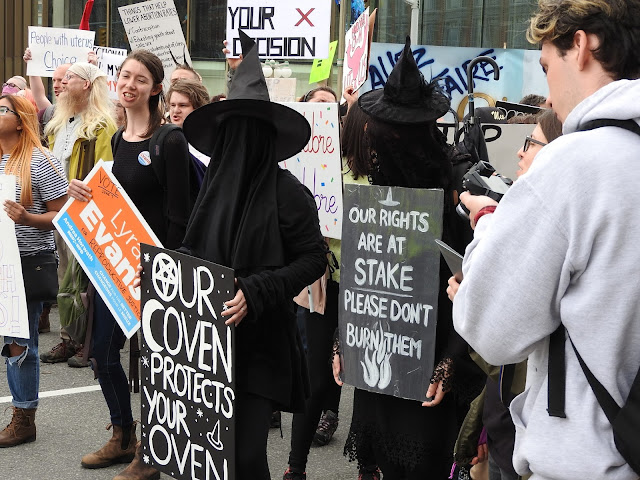 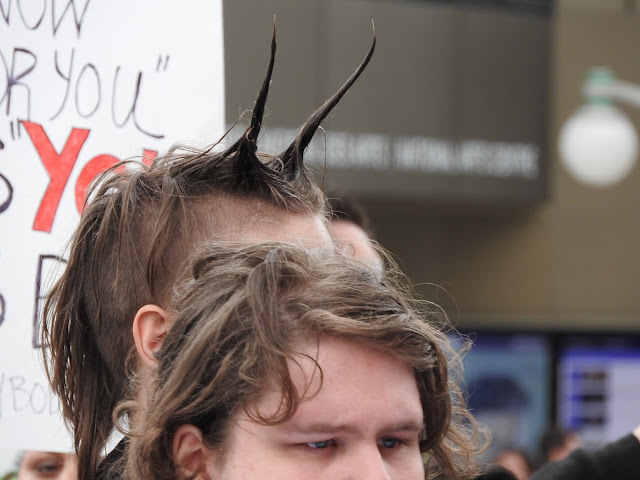 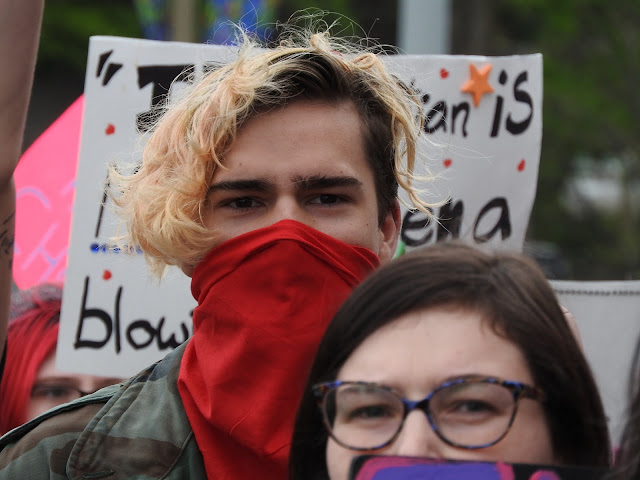 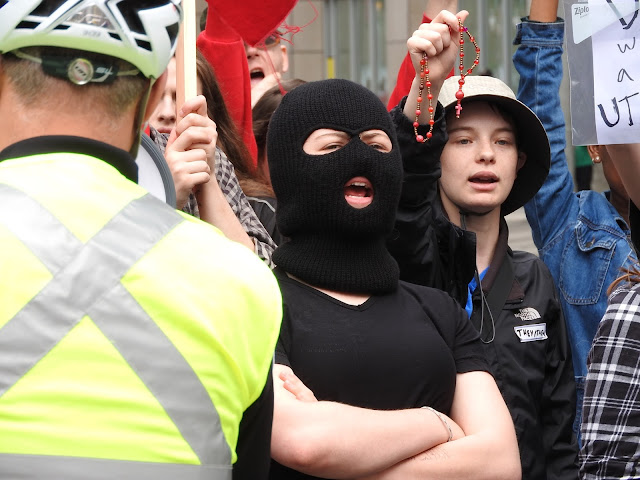 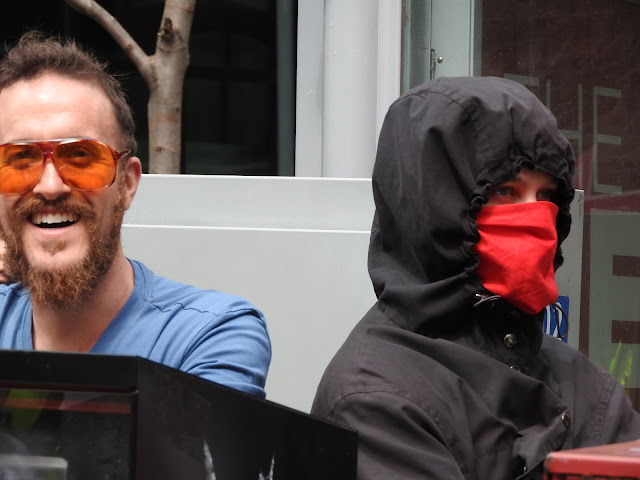 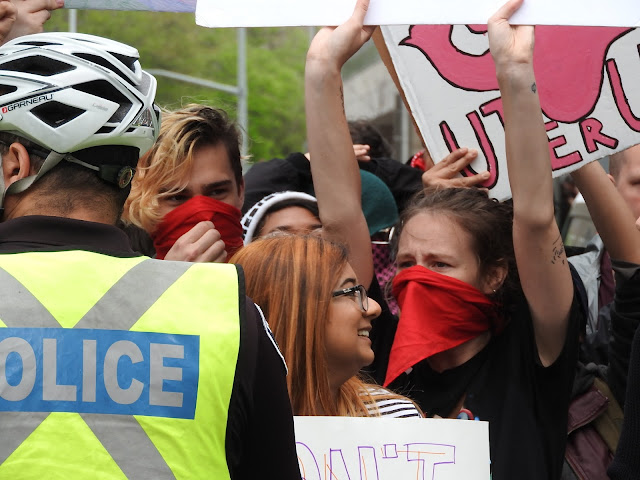 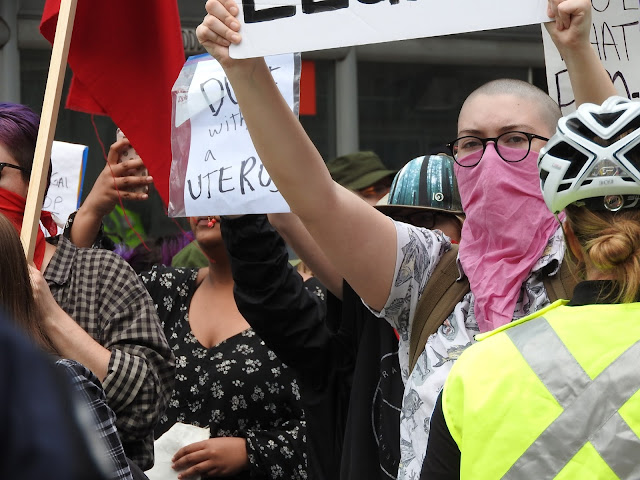 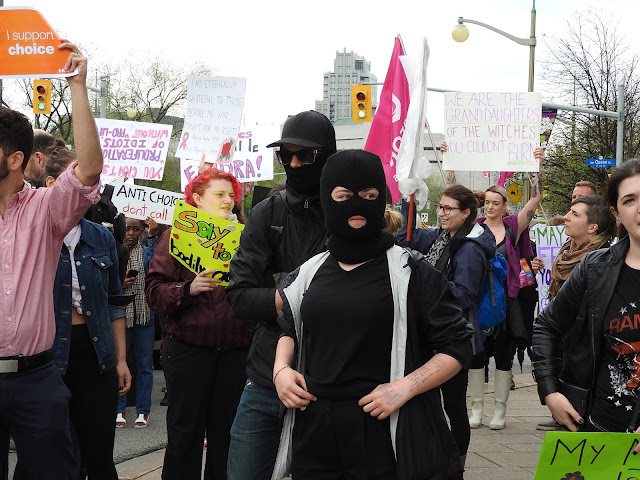 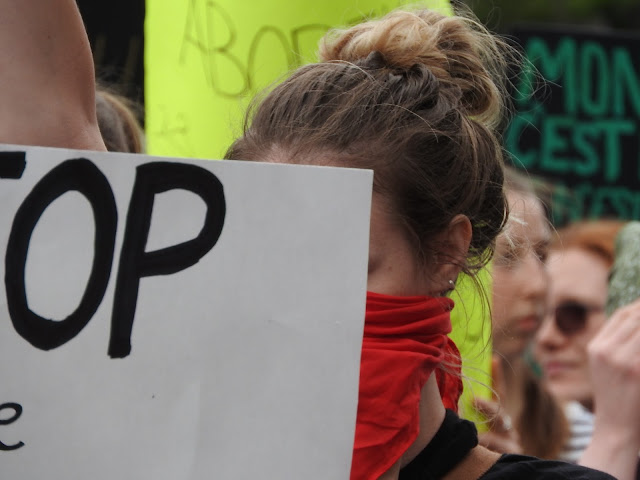 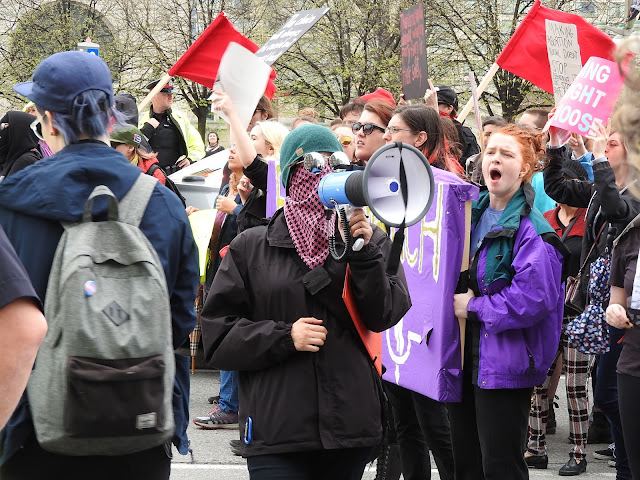 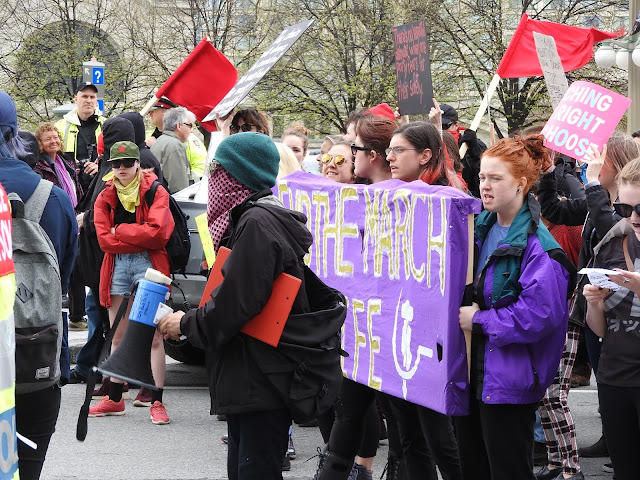 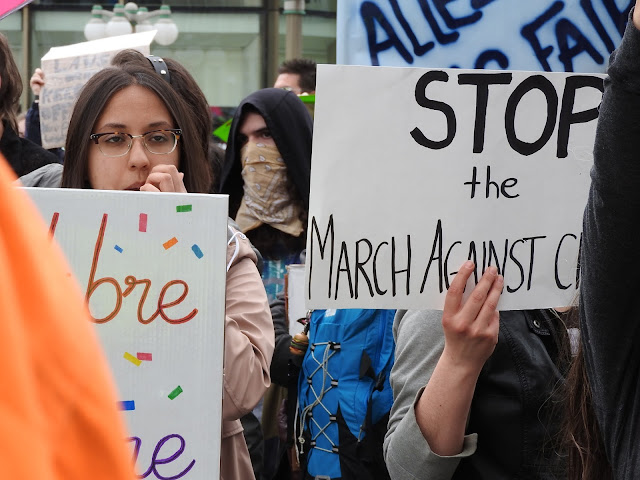 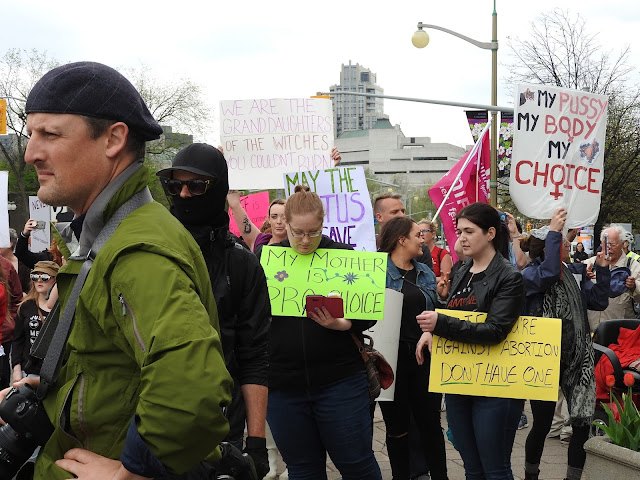 Posted by Patricia Maloney at 8:39 AM