DFATD and IPPF - check your numbers

More on my DFATD ATIP for the $6 million funding to International Planned Parenthood.

I received a list of commodities and clinical consumables for the period 1 April 2013 - March 2014 (12 month period), which included contraception, injectables, condoms, spermicides etc. I also received the same information for the previous semi-annual report for April -September 2013 (a six month period).

I decided to compare the two reports to see how the numbers had increased, since the first was for a full year and the latter for only six months. When I looked a bit closer at the two reports, I noticed something. The numbers on both reports for Afghanistan and Sudan were identical (below I reproduce the first page of Afghanistan's).

No commodities were purchased between October 2013 and March 2014 (since the numbers are identical). Maybe all items were purchased at the beginning of the year? I don't know.

(NOTE: Postinor-2 is emergency contraception. EC is considered an abortifacient if the egg has already been fertilized (i.e it prevents implantation in the uterus, killing the embryo). Abortion is illegal in Afghanistan.) 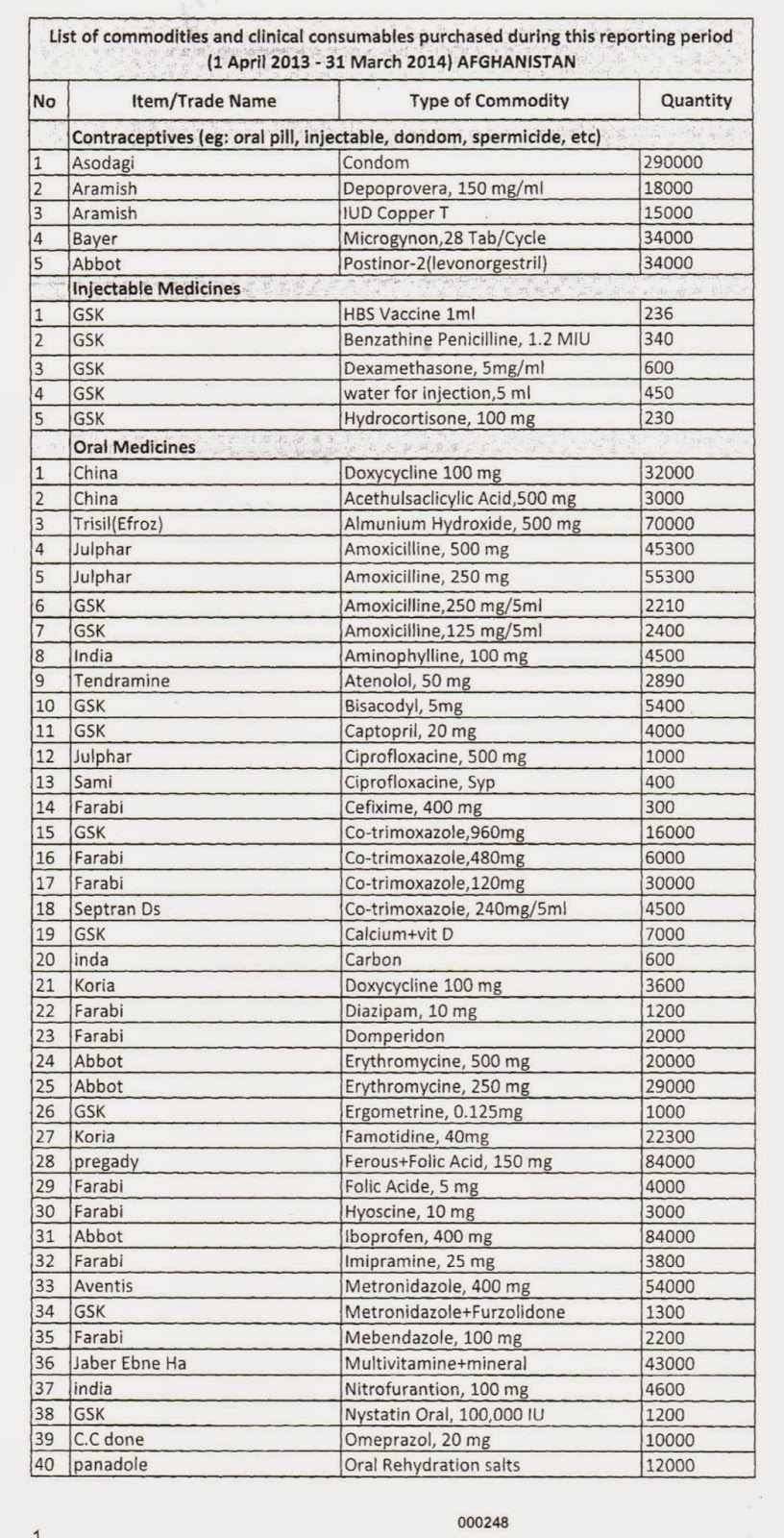 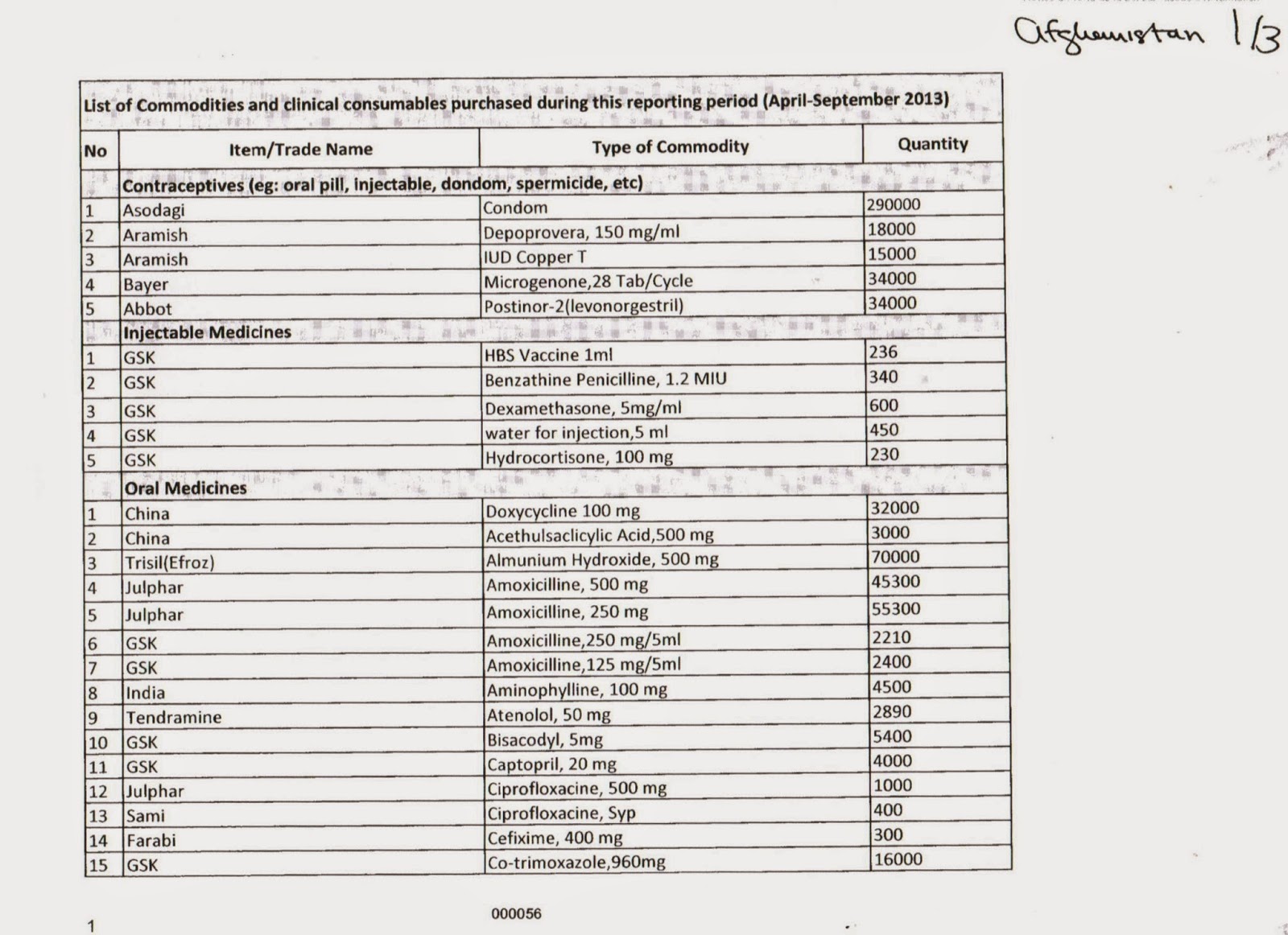 Posted by Patricia Maloney at 4:36 PM