In February this year I requested the following information from CIDA:

"Briefing notes, memoranda, and question period notes sent to or from the Vice-President level and above regarding funding to abortion, maternal and child health or reproductive health programming. From January 2012 to April 30, 2012."

This ATIP had already been completed for someone else and was available for the asking. So I asked for it.


Below are some of the more interesting pages, that appear to be briefing notes to the Minister, regarding IPPF's funding of $6 Million, that mention abortion and how we don't fund it.

"Is there a distinction between abortion and contraception?

Modem contraceptive methods include hormonal methods (i.e. the pill, injectables and implants), IUDs, condoms and modern vaginal methods (e.g., the diaphragm and spermicides). Abortion is not a means of contraception. This is enshrined in Paragraph 8.25 of the ICPD Cairo Programme of Action, which reads: "In no case should abortion be promoted as a method of family planning. All Governments and relevant intergovernmental and non-governmental organizations are urged to strengthen their commitment to women's health, to deal with the health impact of unsafe abortion as a major public health concern and to reduce the recourse to abortion through expanded and improved family-planning services. Prevention of unwanted pregnancies must always be given the highest priority and every attempt should be made to eliminate the need for abortion." Guided by paragraph 8.25 of the Cairo Programme of Action, organizations such as UNFPA do not support or promote abortion as a method of family planning."

IPPF: CIDA's contribution to IPPF will help improve the delivery of comprehensive and integrated maternal and child health-care services to poor, marginalized and high-risk communities in Afghanistan, Bangladesh, Mali, Sudan and Tanzania.

and this about the funding to IPPF:

To support this program, CIDA and IPPF signed a contribution agreement in the amount of $6 million on January 27, 2012." 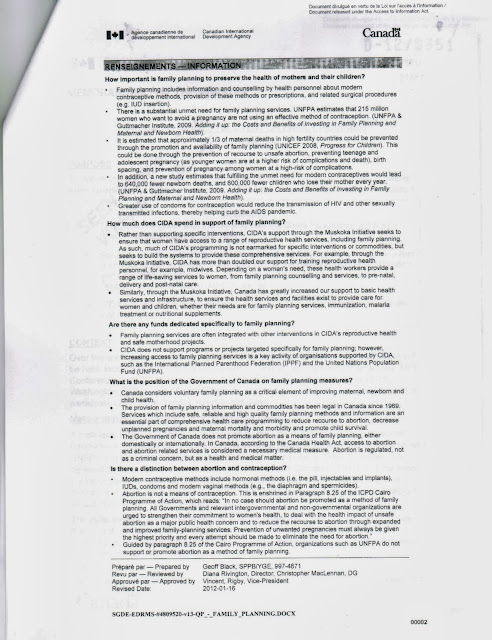 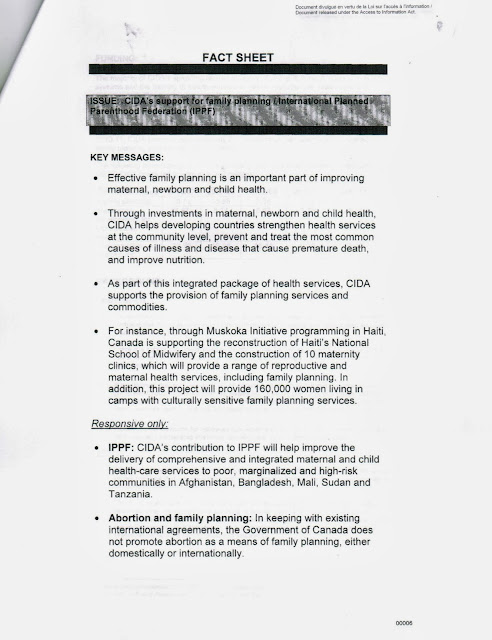 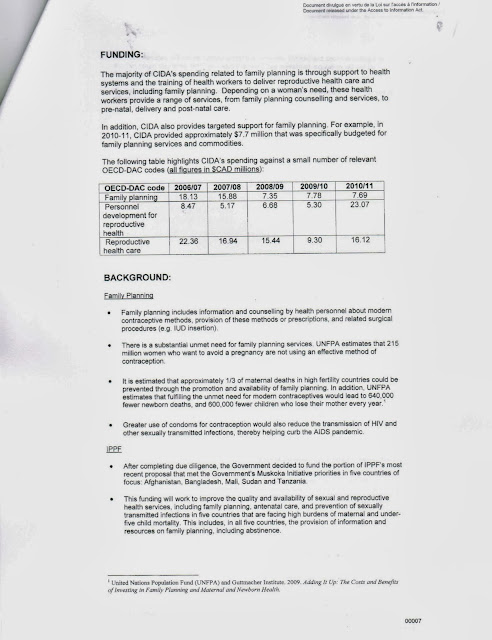 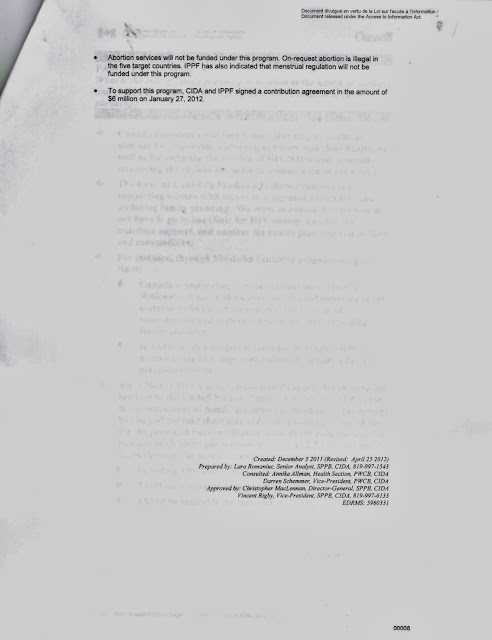 Posted by Patricia Maloney at 2:11 PM