I wanted to write you again, and give you an update on the McGuinty government's stealth attack on Freedom of Information (FOI) in Ontario.

You never responded to my last letter on this issue. Neither did your health critic Christine Elliott. In fact, I also sent letters to three of your other MPPs regarding this horrid situation, Mr. Randy Hillier, Mr. John O'Toole and Mr. Rick Nicholls. By snail mail no less. None of them responded to me either. Funny that.

If one was a conspiracy theorist, one might even wonder if someone told them to keep quiet on this (apparently) touchy topic.

In any event, since you and your Conservatives did nothing to stop this fiasco, I thought I'd find out for myself what went on, when all of this occurred.

I have a suggestion for you. Maybe you could do something about this. Maybe when you try and get elected next time, maybe you could follow the Information and Privacy Commissioner of Ontario's philosophy regarding Access to Information:
"Access to information is a fundamental and necessary democratic right.

The values underlying freedom of information (FOI) laws, regardless of their jurisdiction, are quite simple — open, transparent, accountable and citizen-driven government. Stated simply, FOI legislation is based on a presumption that information should be widely available and accessible to the public. Governments throughout the world have recognized that citizens of a democratic state have the right to know what their government is doing, and to hold it responsible for its actions and inactions. Accordingly these rights have been enshrined in legislation providing for, and protecting, public access to government-held information."

And Mr. Hudak, you could:

a) reverse this secret abortion exclusion clause and restore our "right" to participate in the democratic process, and

b) ensure that our right to access information is granted all citizens of Ontario.

You never know. A little "openness, transparency and accountability" goes a long way. It might even get you elected. 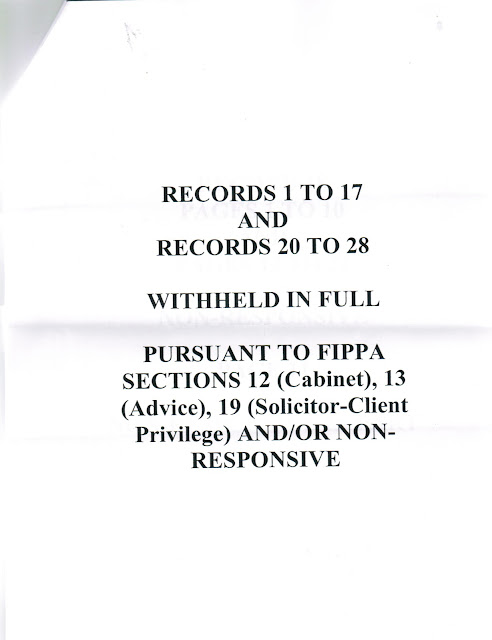 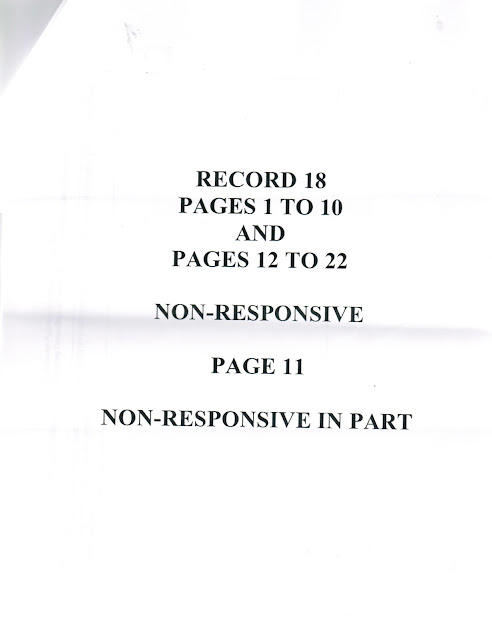 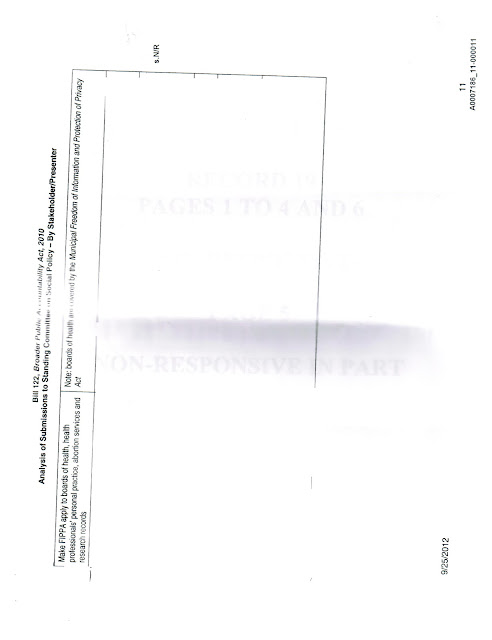 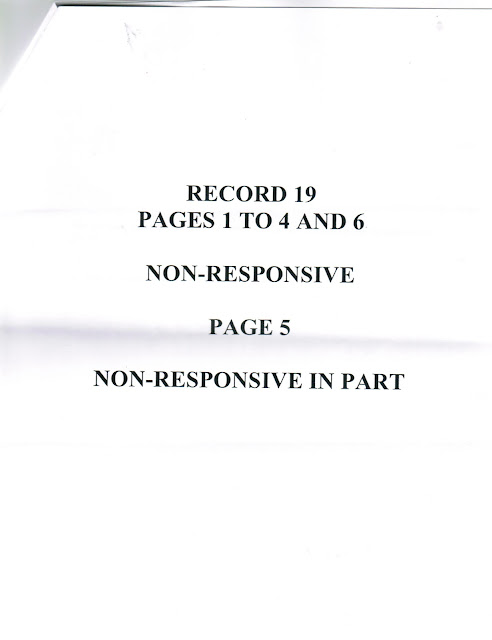 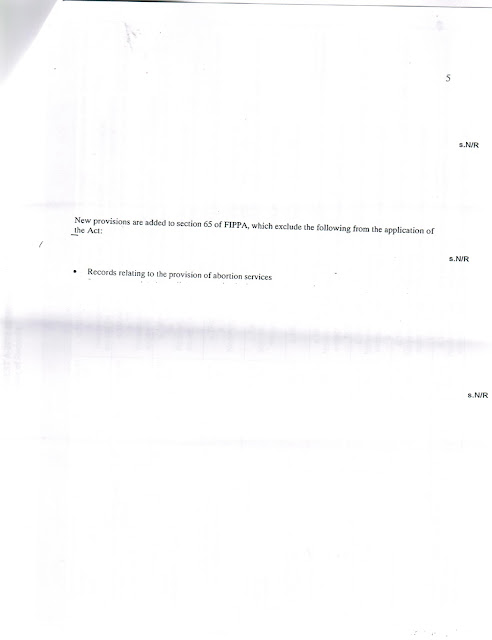 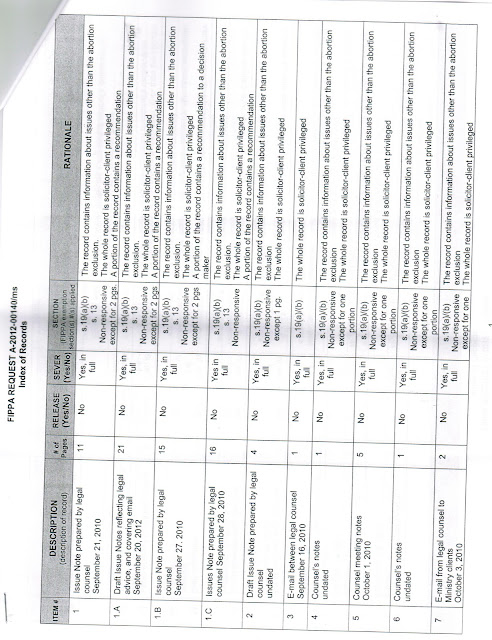 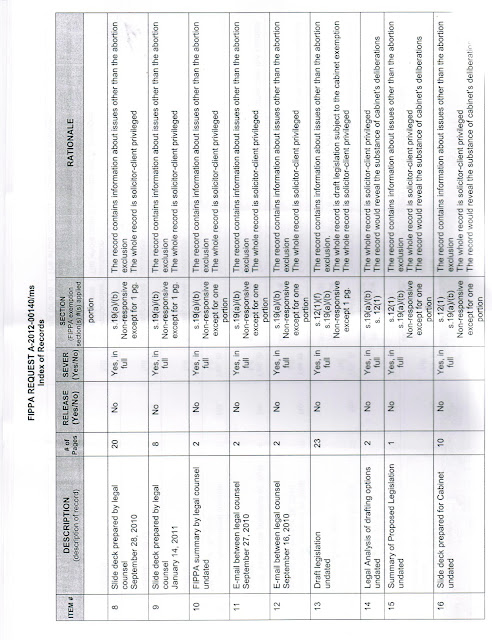 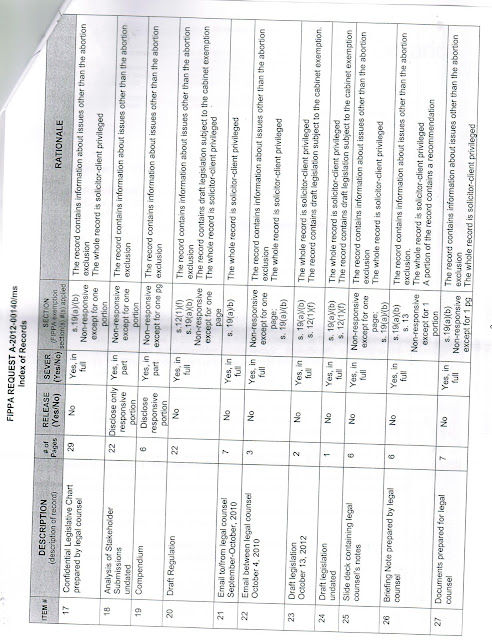 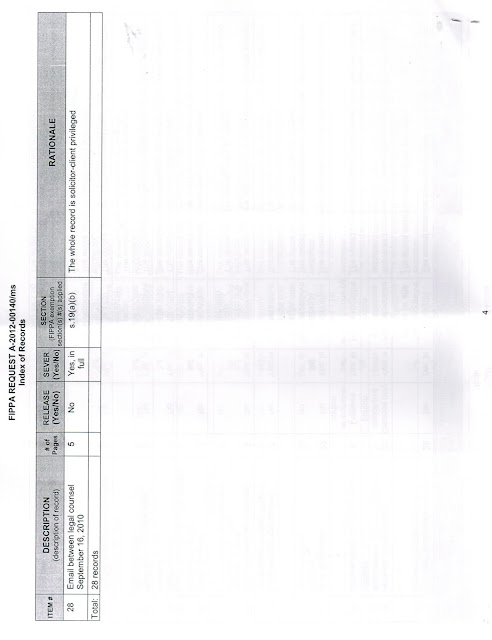 Posted by Patricia Maloney at 2:14 PM